Over 1 Million Students Have Benefitted From Free SHS — Bawumia 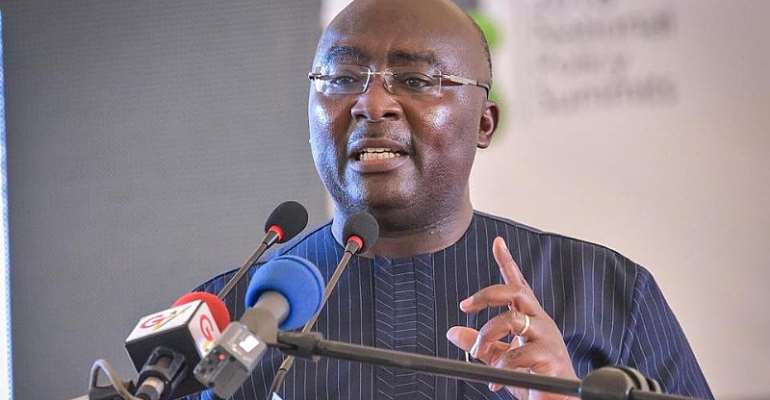 The Vice President of Ghana, Dr. Mahamudu Bawumia has said government as part of efforts in securing a better future for the youth has admitted over 1.2 million students under the Free SHS education policy.

According to him, this singular move is a clear indication of government's commitment to fulfilling its promises of developing Ghana.

Dr Bawumia made these statements at Ajumako Abaasa on his second day of his Central Region tour.

"Ghanaians went through Dumsor for 5 years, nursing, unpaid teachers and Arabic instructors allowance were all cancelled, with the excuse that there is no money, but left with only the bones," he stressed.

He added that the NDC failed in road construction, the national Ambulance was collapsed, likewise national health insurance, adding that due to previous NDC government's bad policies and involvement with IMF a frieze was put on employment thereby contributing to a large number of unemployed youth in the country.

In his welcome address earlier, the Paramount Chief of Enyan Abaasa Traditional Area, Osagyefo Kwamena Akonu X called on electorates not to vote skirt and blouse but ensure to go with both the president and the parliamentary candidate.

He added that the population of the school has now increased from 200 to over 1000 students.

He appealed to the electorates to give him a chance after voting for the incumbent MP for 12 years without any meaningful development.