I'm God; I Created my own Children - Quotation Mater Claims 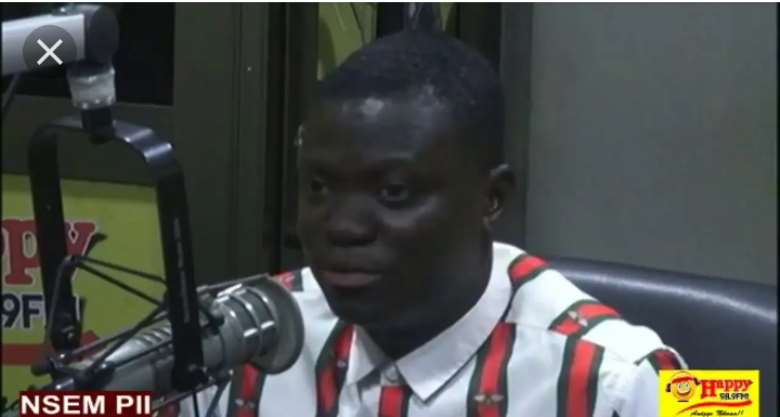 Cape Coast, 30th October 2020, Popular African Traditional spiritualist, Kwaku Peprah who is also known as Lucifer or Quotation has stated that we are the creates of new things and as such the children he would give birth to are created by him and not God. According to him if God has created something, then he can also create something. "I created my own children".

"If I have sex with my wife and she gets pregnant, I take care of the pregnancy till birth, who has created that child? "I did because God played no role in that exercise" he claimed.

He explained further that, humans have the creative power and ability and all other new things in this world were created by us and not God. "God created birds and animals but we have built mansions and aeroplanes" . "Did God build aeroplanes for us? He quizzed.

Quoting Genesis 1:26-28, Lucifer said if the Bible says God created man in His image and likeness then "Who are we?" "Are we also not God's?" If I say I'm God, what is the problem? " he asked.

He continued further that God finished His creation according to the Bible and all others things on this earth are creations of men and not God. "The cars, trains, phones, computers and all others are created by man and we are only continuing with God's creation because He created us in his image and likeness" he added.

He was speaking on Television CK monitored on YouTube.

He ended by quoting 1 Samuel 2:6-7 “The Lord brings death and makes alive; he brings down to the grave and raises up. The Lord sends poverty and wealth; he humbles and he exalts". He expounded that, everything that happens are part of God's plan and both good and evil comes from God and no should blame the devil for any mishap.

"We are God's and as man soweth so hall he reap."No one should think that he shall do evil and go scot free" "Nature doesn't work like that and if you do good, good would reward you and if you evil, same shall you be rewarded accordingly".

He added that most of the things he saying today shall be not understood by most people now. Most of them would only understand when they have died and cannot reverse anything.

According to Quotation Master, God is a rewarder of both evil and good and that is dependant upon our actions and inactions and we should not blame any devil for anything that happens to us.

Give your members identification – IGP tells Courier Associa...
2 minutes ago