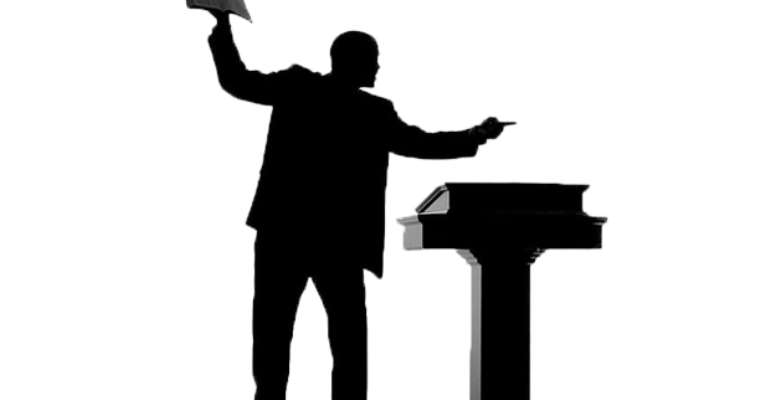 There are many Christian ministers today who speak of owning churches. An apostle or a bishop may proudly say, “This is my church. I have several ministers who are overseeing other branches for me, and I pay them every month. I make sure they work for me the way I want them to. Anyone who cannot work according to my instructions may have to find his way out.”

Other Christian leaders claim they are the head of the Church, and the substitute of Christ Jesus on earth. And then there are those who dress flamboyantly in exclusive vestments, including chains and rings, and use honorific addresses to make them appear distinguished, privileged and esteemed in the midst of other believers.

By claiming ownership of their churches, some lead pastors in various parts of the world make sure either one of their children or their wife take over the leadership of their churches after they are dead. Some cite biblical references to justify their actions, but clearly many make these decisions without seeking God's approval or will.

Some men of God do these because they mistakenly think the church is their personal property. They think they own it. They see the church as a property they have worked hard to acquire and so they must be allowed to exercise their power and authority over its management and administration. Of course, building a church is very difficult, considering the rejection, hardship, persecution and opposition a pastor has to endure.

Clearly, this problem of men claiming ownership of the churches they oversee has also led many immature Christians to have faith in their pastors far more than in God. This ought not to have been the case. Pastors have a responsibility to lead and point the flock they tend to the true and only Master, Christ Jesus, the main Builder of the Church.

Bishops must reveal God to the Church as the One who establishes governing authorities. When God needed a new king to replace Saul, He did not allow him (Saul) to choose Jonathan, his son. Instead, the King of kings selected David, a young rustic shepherd to occupy the throne (1 Sam. 16). When God needed a prophet to replace Eli, He did not choose any of Eli's sons. He settled on young Samuel.

When God needed a prophet to substitute Elijah, He did not consult Elijah's family. God ordered Elijah to search for Elisha, the son of Shaphat, and anoint him in his stead (1 Kings 19: 15-16, 19). The interesting question is: how many bishops of our day can do what Elijah did? How many overseers can obey the voice of the Lord to search for and anoint someone he may not even know personally to take over his office?

How many men of God today will happily resign from their leadership positions at the instruction of the Lord to allow 'strangers' to replace them? Which apostle of our time will behave and relate maturely to Samuel and allow the will of God to prevail as Eli did after the boy Samuel had told him that God was about to punish his house?

“And Samuel was afraid to tell the vision to Eli. But Eli called Samuel and said, Samuel, my son.” And he said, “Here I am.” And Eli said, “What was it that he told you. Do not hide it from me. May God do so to you and more also if you hide anything from me of all that he told you.” So Samuel told him everything and hid nothing from him. And he said, “It is the LORD. LET HIM DO WHAT SEEMS GOOD TO HIM” (1 Sam. 3: 15- 18).

Another question we must also ask ourselves is: are bishops servants or masters? Should they boast of owning churches? No, not at all! No true bishop or apostle ever thinks of being a master or owner of a church personally. Rather, they personally regard and introduce themselves as mere servants of Christ called to serve God's Church.

Yes, true men of God consider themselves as servants or ministers of God. They are not above the Master. The apostle Paul, a first century preacher wrote, “This is how one should regard us, AS SERVANTS of Christ and stewards of the mysteries of God” (1 Corinthian 4: 1).

Paul taught that people must think of men of God as servants of God. He made it clear that true men of God are neither masters nor owners of the churches they oversee. Rather, they are servants of Christ and managers of God's hidden truths. He was emphatic about their designations. He drew the attention of the people of Corinth who had believed in the name of the Lord Jesus Christ that they (apostles) were slaves of Christ.

Low remuneration of bankers could cause some bankers to leak...
27 minutes ago

We'll not allow this old man Akufo-Addo and his old men gov'...
54 minutes ago