47% Of Ghanaians Believe Ghana Is Moving In Right Direction — Report 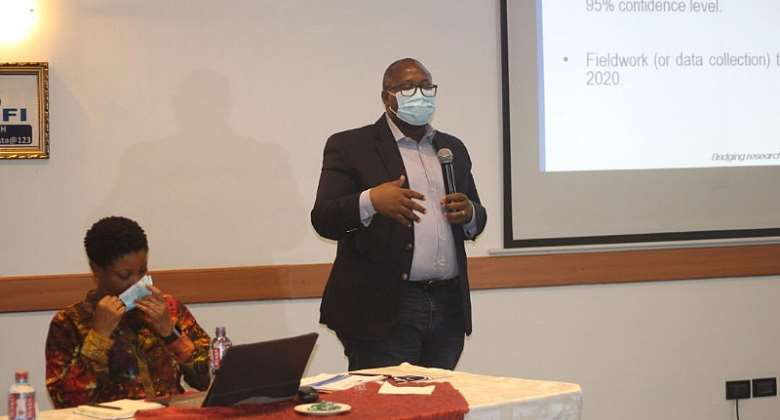 A Centre for Democratic Development (CDD) Ghana pre-election survey 2020 reveals that 47 percent of Ghanaians believe Ghana is moving in the right direction.

The same results also reveal that 47 percent of Ghanaians believe Ghana is moving in the wrong direction.

The survey was conducted between September and October 2020.

Initiated in 2016, the CDD-Ghana pre-election survey is aimed at picking early warning signals by tracking citizens’ opinion on the overall level of the country's preparedness for elections; public confidence in the competence, integrity and neutrality of election- relevant state and quasi-state bodies; and voter behaviour, expectations, priorities and potential turn-out.

With funding support from USAID/Ghana, CDD-Ghana conducted a pre-election survey from September 28 to October 16, 2020.

Analysis of the results of the pre-election survey was undertaken from mid October, 2020.

The survey looked at issues such as the President Nana Akufo-Addo’s administration handling of the coronavirus pandemic, the voter registration exercise, filing of nominations by the parliamentary and presidential candidates, 2020 manifesto and campaign related promises, peace and security during election.

“Ghanaians are nonetheless optimistic about short-term economic future,” according to the survey report.