Ghanaians Are Getting Poorer; Vote For APC---Dr. Hassan Ayariga 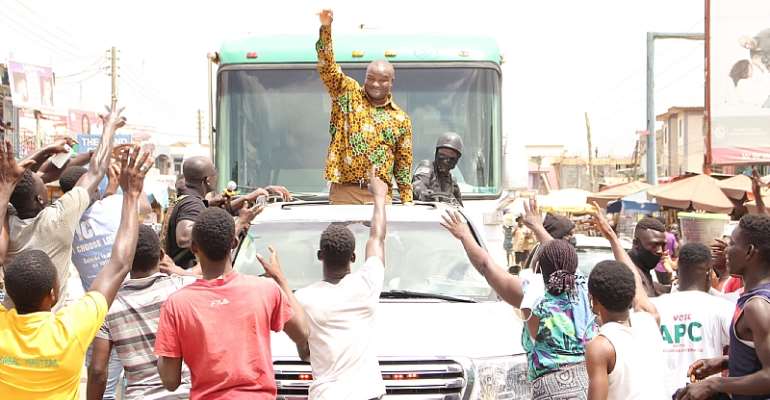 The Presidential Candidate of the All People's Congress (APC), Dr. Hassan Ayariga, has stated that Ghanaians are getting poorer by day and it's about time they voted for the APC to rescue them and give them hope.

He said Ghana has experienced growth without development for quite a long time and is about time the trend is changed.

He is against this background, appealing to Ghanaians to vote for the APC, to turn Ghana around once again.

Dr. Ayariga was addressing teeming crowds on Thursday during his campaign tour in some parts of Accra during his Greater Accra regional tour.

Dr. Ayariga said growth without development has deepened inequality and this poses dangerous socio-political consequences that could undermine the very essence of Ghana’s freedom and democracy.

"The Ghanaian economy has grown at an average rate of 4-6.4 percent a year since 1992. Nevertheless, past and present regimes have always failed to link this growth with development and an apparent drop in poverty.

...The total number of poor people has increased substantially and so has inter-regional disparity. The fact is that 44.2 percent of Ghana’s population lives with an income of less than USD 1/day," Dr. Hassan Ayariga stated."The three main reasons for deprivation and increased inequality are the inequitable distribution of land and natural resources, the lack of adequate financing for social development, and the adverse impact on the poor of liberalization, structural adjustment, and the trade regime," he maintained.

He indicated that despite many years of promises, the employment generation in the formal sector has been completely stagnant.

"Since major quantitative restrictions have been lifted as 1992, the Ghanaian market has been flooded with cheap foreign goods, which is affecting the small-scale sector adversely. The APC under President Hassan Ayariga will bring massive economic development".