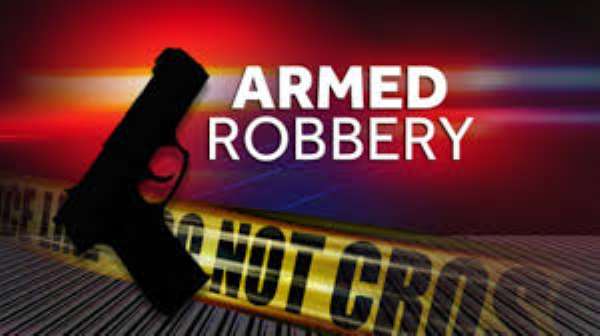 Police in the Ashanti Region have arrested three persons in connection with the alleged robbery incident that claimed one live and injured many at the Alabar market.

They were arrested during a police pursuit in which Hamza Nuhu was shot in the thigh.

He is currently receiving treatment at the Korle Bu Teaching Hospital under police guard.

“They are on detention to assist in police investigations, whiles manhunt has been launched for the arrest of the remaining robbers,” the regional police command indicated.

Meanwhile, Police say they are on a manhunt for four other suspects who are said to be part of the gang that stormed the market and took part in the robbery.