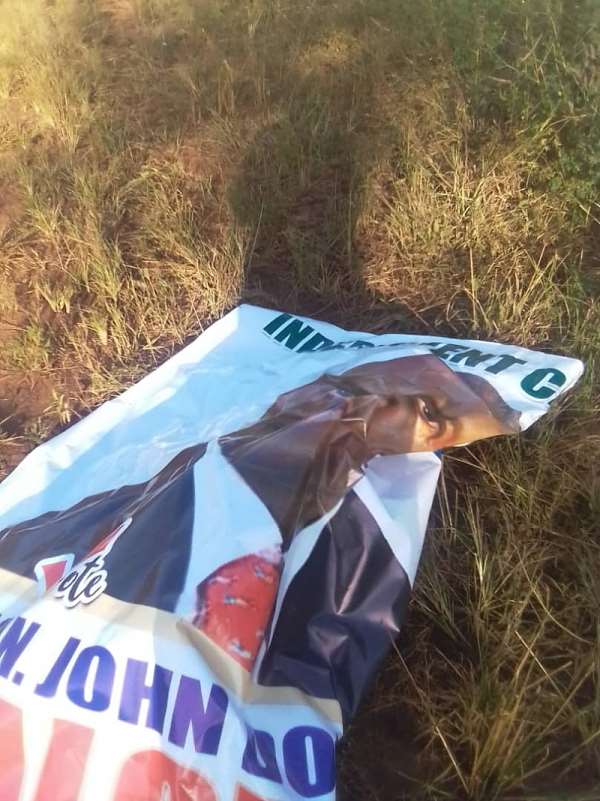 In a statement released by the Communication Directorate, the New Patriotic Party condemned “in the strongest term this lawless act and wish to dissociate itself from such crash criminal actions.”

The party has therefore called on the security agencies to look out for, arrest and deal with any perpetrator of such act irrespective of the political leaning, in accordance with the law.

“With the unprecedented development projects of the NPP Government such as the Hamile – Nandom road, the Lambussie and Hamile water projects, extension of electricity to communities, drilling of boreholes, 1V 1D and numerous others littered across the constituency, there is sufficient concrete evidance to guarantee victory for the party in the constituency,” according to the statement.

It said “The Party is very much aware of, the about four thousand (4000) hot spots that have already been identified prior to the 2020 elections and will not wish to add Lambussie to them.”

Greater Accra Region due to an alleged shooting and which led to injuries to a number of people.”

“The party in the constituency is committed to peaceful, decent and civilised campaign based on its unmatched development records and the delivery of its promises to the people.”

“The party therefore invites all peace-loving citizens to join in the Peace Walk that is scheduled to take place in Hamile on Sunday, 1 November 2020. starting from 07:00 to send a strong signal to all that peace is the main pillar of any democracy,” the statement dated October 30, 2020.