Put your hands together for Reverend Korankye Ankrah 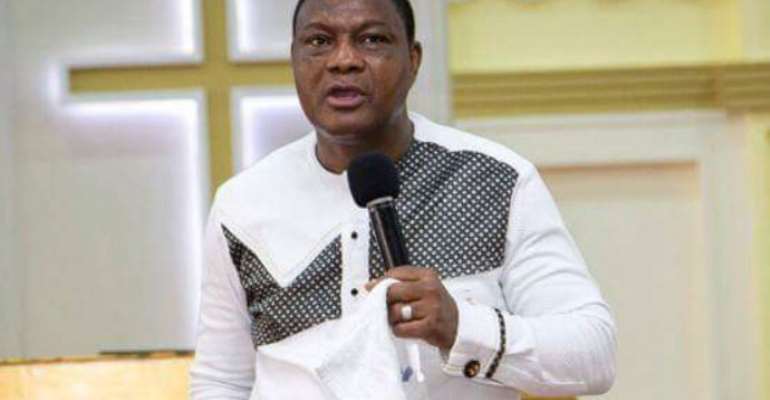 I have no idea what inspires some people in opposition in Ghana to lampoon the NPP government for the provision of free water and free power to people plagued by economic denudation in the country, in these challenging times of covid-19. It ought to have by now become clear to those people that their behaviour is in scandalous contrast to the tenets of national development, a testament to the fact that such people are unpardonably oblivious of the sense in the progressive process and critical value creation with the use of short-term public policies. It is, thus, understandable that Reverend Korankye Ankrah of the RoyalHouse Chapel International has bemoaned such an execrable behaviour, referring to it as crass exhibition of “satanic spirit of envy and jealousy” (See: Criticising Akufo-Addo’s water, electricity freebies, ‘satanic spirit of envy, jealousy’ – Rev. Korankye Ankrah. Ghanaweb).

I choose not to quibble over the fact of whether or not such an “ad-hoc policy” comes with some negative connotations. Policies of that nature have always been associated with some level of negativity. What I firmly believe is the incontrovertible fact that knowing about such a political canker and doing nothing positive to stop it smacks of abject cynicism. The critics should be stopped in their tracks, given the inexcusable fact that they are hurting the interests of our nation catastrophically and apocalyptically.

It is a pity that all persons in Ghana – supporters of the ruling party and opposition members – benefit from the freebies. Perhaps, we need to emphasise for the umpteenth time that the implementation of policies benefits all citizens in a country, irrespective of their political colourisation. So far, it has never been reported that people disclose their political party affiliations before being offered the freebies. The unabashed contention of yours truly is that if we are to be highly respected in the world, we had better start doing some serious thinking about our attitude towards the things that put the soul and spirit of our nation together.

Well, such rhetorical fisticuffs have the tendency of making the president change his mind on offering such freebies in the near future. What we should be thinking of is to do everything impeccably possible to constructively imbue President Akufo-Addo to promptly rid himself of any thought of ending the freebies. Then also, it ought to be respectfully drummed into his ears, the sacrosanct need to ignore these impudent political snipers. That will not only inure to the benefit of the economically denuded in the country but also carve a remarkable niche for Ghana in the pantheon of countries determined to eliminate the exigencies and the thorny thrusts procreated by the covid-19 pandemic.

It is rather quixotic that some political-party fanatics (political parties claim to have the wellbeing of people at heart) must equate themselves to “enemies of the poor” to the extent of being hell-bent on stalling the crucial assistance and process of economic and institutional restructuring in these evil days of covid-19. They have become notorious and downright obnoxious, exhibiting a repugnant behaviour akin to political vampires, dead-set against the attempt by the president to ease the hardship among the poor.

It is not without credence to note that the wellbeing of the poor means nothing to these political snipers and pathological narcissists. Therefore, Reverend Korankye Ankrah’s name must be mentioned in dispatches for proving that the wellbeing of the poor must be of prime consideration. Aside from the fact that he is likely to palatably motivate some men and women of God, who have sworn never to have anything to do with politics, to participate in our politics, his positive outburst is liable to prevent the creation of acute quality-of-life problems for the poor in these challenging times of covid-19.