More than the erstwhile NDC Administration 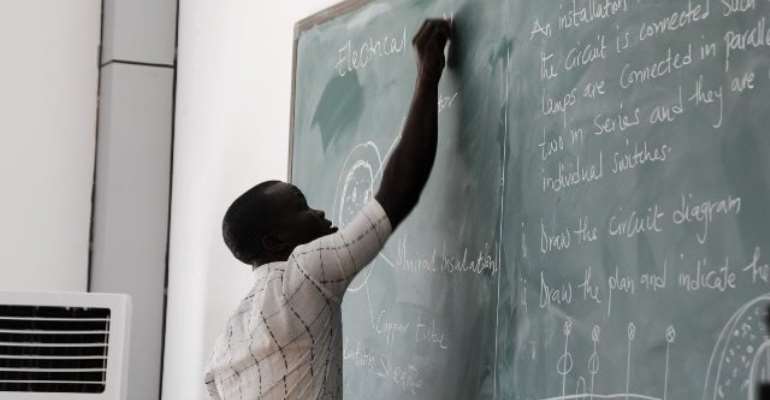 Popular educationist, Counsellor Daniel Fenyi has revealed that, under the Akufo Addo-led NPP administration, teachers feel intimidated, frightened, humiliated and bullied more than the erstwhile NDC administration. To him, the teachers' confidence and pride have been taken from them and they have been turned into empty 'non-thinkers' who must take instructions from 'above' without questioning anything.

Counsellor Daniel Fenyi made this revelation on the Prestea-based Energy 93.3FM last Thursday during their 3pm news when he spoke about the state and conditions of the Ghanaian teacher under the NPP government. According to him, any teacher who acts, comments or speaks critically of the government is either transferred, suspended, demoted or delayed promotion as was witnessed with Presec, Aggrey Memorial, etc. This, to him, has made teachers timid and afraid to speak up.

Counsellor Daniel Fenyi also indicated that the salary of the Ghanaian teacher is nothing to write home about. He said that since the NPP assumed power no significant salary increment has been given to the teacher. Though he admitted that the ghc1,200 Professional Development Allowance which will be given to teachers in November sounds good, it has shamefully been turned into a voting-buying money. The money is expected to buy the minds and votes of teachers.

Counsellor advised teachers to speak out on the many ills that are happening in schools especially with the free SHS and the double-track system. He agreed with CHASS that the free SHS needs a complete review or else it'll destroy the future of Ghanaian children than it'll build it.