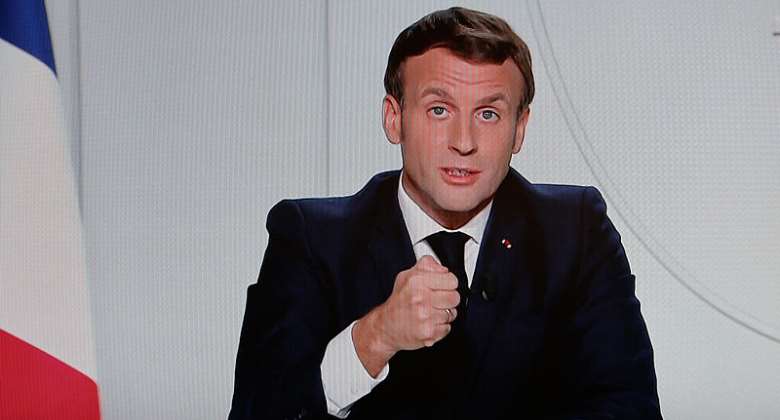 The prospect of a multi-generational Christmas has taken a hit following a second lockdown across France as part of the government's battle to fight the spread of the coronavirus pandemic.

During the speech in which he announced a month of restrictions to stem the rising number of infections, President Emmanuel Macron said the aim of clamping down in October was to create conditions for the traditional end-of-year gatherings.

"We will see if we can cultivate the hope of celebrating this precious moment of Christmas and the festive season as a family," said Macron.

"If in a fortnight's time we have better control of the situation, we can then reassess the situation and hope to open some shops, especially in this very important period before the Christmas holidays," he added.

When the president made his televised announcement, France was notching up nearly 40,000 cases a day. The goal, say health chiefs, is to reduce numbers to 5,000 to reduce pressure on hospitals.

The effects of the curfew and confinement on the epidemic curve will be visible in a few days. However, it will take several weeks for the impact on hospitalisations to be assessed.

“I think family get-togethers will be different this year,” said Delfraissy who heads the scientific council advising the government on Covid-19. “They will be in small groups and they will be with a backdrop of a curfew.”

He added: ”A majority of contaminations are intra-family. It is fundamental to protect the old, the most fragile and the most precarious.”

Health minister Olivier Véran has echoed Delfraissy's caution."We want to do everything we can so that the French can be reunited with their family and friends for the end-of-year festivities," Véran said on France info.

"Everything is a question of adapting to conditions. Christmas is the time when the generations meet in the same room. They can get together but need to be careful and perhaps before getting together take tests," Véran added.

SSNIT Scandal: Court to decide on mode of trial on December ...
2 hours ago

A/R: Man caught having sex with sheep on the run
2 hours ago