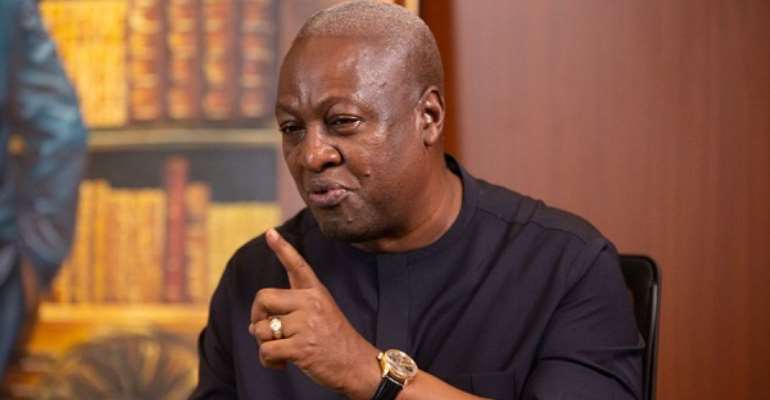 The presidential candidate of the National Democratic Congress (NDC), Mr John Dramani Mahama, has given the assurance that he will work hard to revive the Tema Oil Refinery (TOR) and the Bulk Oil Storage and Transportation (BOST) when elected on the upcoming December 7 general elections.

Interacting with members of the Tanker Drivers Association and Liaison officers of Oil Marketing Companies (OMCs) at Tema on Thursday, he expressed disappointment in the AkufoAddo government for supervising the collapse of the two companies, which were self-sufficient and vibrant during the previous NDC administration.

Mr Mahama said because of government’s mismanagement of TOR, it has ceased to perform its core function of refining oil and has now been reduced to a rented storage facility for oil importers.

“The last year before we left government, we lifted crude oil from the Jubilee field for TOR to refine and after we left power, they sold the crude and today TOR is not functioning again”, he said.

Regarding the operations of BOST, Mr Mahama recalled that when the NDC assumed office, the company was highly indebted but through proper management, the government was able to transform it to become one of the best performing state enterprises.

He describes the current near-collapse state of BOST under the watch of the Akufo Addo’s government as a very sad spectacle.

Mr Mahama said the petroleum value chain, starting from refinery to the final consumption stage, employs thousands of people and it is imperative that the government gives it the needed attention.

He assured oil sector players and other stakeholders that the next NDC government will work hard to revive and transform both TOR and BOST to enable them discharge their mandate.

Mr Mahama therefore asked them to vote for him in the upcoming December 7 presidential election to enable him work hard to revive and transform both TOR and BOST.

"Greater Accra NPP is poised to recapture all lost seats in ...
21 minutes ago