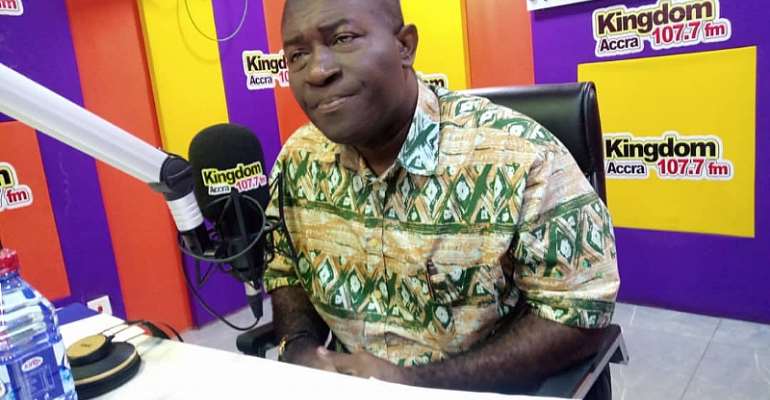 The Managing Director of the State Transport Company (STC), Nana Akomea, has commended Vice President, Dr Mahamudu Bawumia, for his strides in ensuring that the Ghanaian economy is formalized through digitization.

He lauded Dr. Bawumia for undertaking various digital initiatives to enhance its operations and said he believed those interventions would help harmonise the entire architecture of the Ghanaian economy.

‘’Dr. Bawumia has done so well in terms of digitalization of the economy, the whole world is moving into a digital world but Ghana is far behind,’’ Nana Akomea exclusively told Kwaku Owusu Adjei on ‘Pae Mu Ka’ on Accra-based Kingdom FM 107.7

According to him, digitization would allow the tax net to be expanded thereby enhancing revenue collection by the government, leading to less borrowing and debt servicing.

He stressed that the government’s recent policy of digitizing the economy, which is spearheaded by Dr. Mahamudu Bawumia would enhance the competitiveness of the Ghanaian economy.

The government has already rolled out similar digitization platforms which include the National Digital Property Addressing System which provides Ghanaians with a unique permanent digital address linked to postcodes, the introduction of paperless port operations, the integrated e-immigration system, e-procurement, e-parliament, e-justice, e-cabinet and smart workplaces among other initiatives, which are all at various stages of implementation and the development of an interoperability system to integrate government databases.