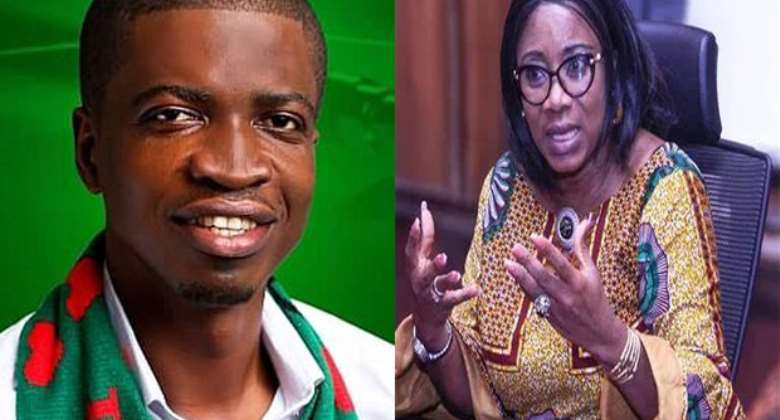 His accomplices who are all on remand were brought to the court under heavy security.

The candidate came to court in an NDC-branded double cabin pick-up and mounted the dock after which the case was adjourned until November 26.

Mrs. Morrison, who is the incumbent MP and the ruling NPP's candidate for Agona West, lodged the complaint against the suspects.

Paul Ofori Amoah was granted bail by the court last week but four men named by the police as Saddick Abubakar, Gordon Kunya, Isaac Addae and Dauda Fatau, who were arrested by the police in a hotel over the alleged plot, as well as another six men arrested later when they allegedly trailed the MP's car, were all remanded.

The NDC candidate has been accused for aiding and abetting in activities of political party vigilante law and is facing preliminary charge of preparations to commit crime to wit murder and abetment.

He is on record to have admitted booking the hotel accommodation for the four men and when their rooms were searched, the police found a knife was found on Dauda Fatau, while a machete was also found in Room 8, being occupied by Isaac Addae and FatauDauda.

A search was also conducted in Room 9, occupied by Gordon Kunya and Saddick Abubakar and a lighter and two packets of Razzler were also found in the room.

Two bank opened cheque in the sum of GH¢5,000 each were also found on Dauda Fatau and Gordon Kunya.

The NDC candidate's name was found on the cheques as the person who had issued them.

Later after the hotel arrests, the Swedru Divisional Police Command again picked up six men who allegedly made another assassination attempts on the life of Cynthia Morrison.

The police said they got intelligence that the suspects, namely John Toko, 26; Emmanuel Mensah, 25; Elvis Kwabena Poku, 36; Kwabena Poku, 48; Wahab Saeed,26; and Kweku Amponsah, 26; were using a Corolla taxi with registration number (AS 4534-19) to trail the MP on the Agona Otsenkorang road.

The MP and her campaign team suspected the behaviour of the occupants in the taxi after realising that they were being trailed and reported the matter to the police.

It turned out the alleged criminals had been lodging at a hotel at Swedru for some time under the pretext of engaging in galamsey in the area.

The police mounted surveillance on them at the hotel till they arrived at 9:30pm when they swooped on them.

A search was conducted on them and eight mobile phones, an NDC ID card with registration number (41047603 -A), and branch card number (A 151501) were found on Toko, who claimed he was from Amenfi Central Constituency of the Western Region.

Two talismans were found on both arms of Saeed, who also had some charms on his waist, five rings and green military vests.