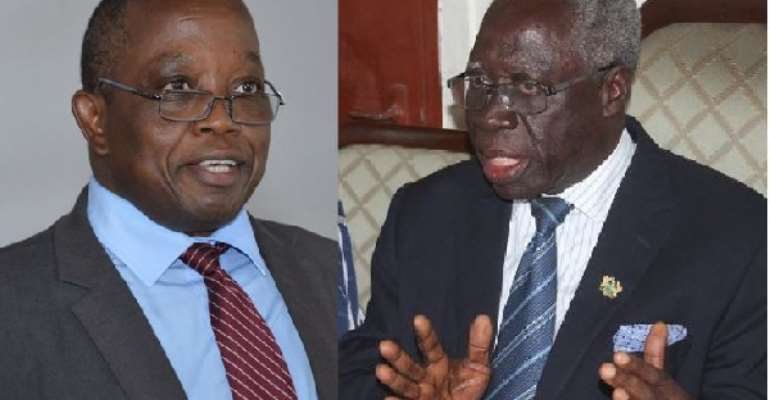 An Accra High Court has ruled in favour of the Senior Minister Yaw Osafo-Maafo in the $1million Kroll Associates and Auditor-General Daniel Domelevo case.

Mr Domelevo in December 2019 surcharged Mr Osafo-Maafo and others $1million for paying Kroll and Associates, an auditing firm, for no work done and also for not obtaining parliamentary approval before contracting the company.

Mr Osafo-Maafo, unhappy with the Auditor-General’s position dragged him to the High Court asking that it sets aside the surcharge.

Lawyers for Mr Osafo-Maafo argued that Mr Domelevo was wrong to conclude that the company did no work when he had no evidence to back his claim.

They also contended that Kroll and Associates had carried out work and that the Auditor General breached the rules of natural justice not offering them a fair hearing.

While the case was in court, Mr Domelevo was directed by President Akufo-Addo to proceed on compulsory accumulated leave.

While on leave, the Supreme Court, which was now handling the case asked the Auditor General to inspect the work said to have been carried out by the Kroll and Associates at the Ministry of National Security.

This was carried out by Mr Akuamoah Asiedu who had taken over from Mr Domelevo in an acting capacity.

He reported back that indeed Kroll and Associates had indeed worked.

The matter returned to the High Court where Justice Botwe noted that when the case was referred to the Supreme Court, the Auditor General’s Office indicated its satisfaction with the work done and, therefore, Mr Domelevo was wrong to conclude that Kroll and Associates did not work.

Justice Botwe noted that it was wrong for Mr Domelevo to surcharge Mr Osafo-Maafo.

The senior minister is, therefore, not required to pay the $1million.