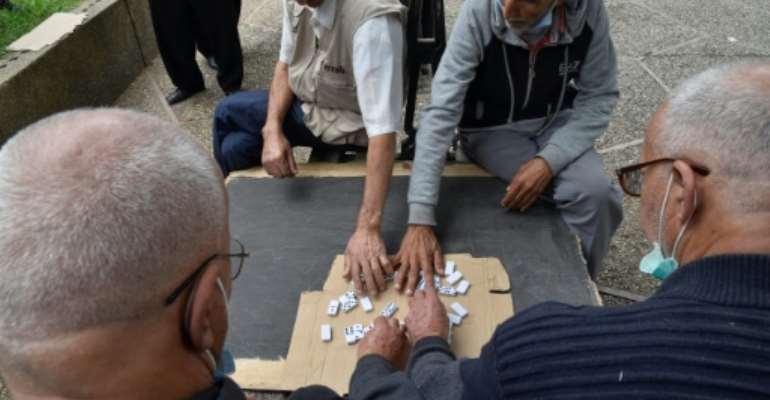 Retired Algerians play chess in a park in Bab El-Oued, a stronghold of the Hirak protest movement, as the country prepares to vote on constitutional changes. By RYAD KRAMDI (AFP)

In the Bab El Oued district of Algeria's capital, a stronghold of the Hirak protest movement, residents are divided over a revised constitution the government says will meet demands for change.

Rachid Berkani, a retiree in the working-class district of Algiers, said he won't vote in Sunday's referendum on the new text.

"There are no more prospects, no hope," he said. "The street chased (former president) Abdelaziz Bouteflika from power, but some people want to ride the wave of the Hirak to maintain the status quo."

The Hirak was born in February 2019 with vast, peaceful anti-government demonstrations sparked by Bouteflika's bid for a fifth term in office.

The longtime president was forced to quit two months later, but the Hirak kept up its weekly mass rallies for over a year in total, demanding sweeping reforms to the governing system in place since independence in 1962.

Yet since Bouteflika's departure, it has won few other victories.

"The Hirak's demands have been hijacked and many Algerians who took to the streets have been thrown into prison," Berkani said.

The government has pitched its revised constitution as the basis for a "new Algeria" that meets the movement's demands. But in Bab El Oued, many are sceptical.

Playing dominos on a park bench in the shade of a palm tree, Said scoffed at the referendum.

"The price of a kilogramme of sardines is close to 800 dinars (around five euros) and they want us to go and vote?"

Surging inflation and unemployment have turned sardines, once a working-class dinner, into luxury fare.

"The country is in a terrible state and they dare to speak of a 'new Algeria'. My 32-year-old son still lives under the same roof as me in a cramped two-room apartment," Said added.

The flat was given to him by authorities after floods that devastated the district in 2001, killing 800 people.

"Few people will vote, because the poll brings nothing new," he said.

The constitutional revision is the centrepiece of a strategy by President Abdelmadjid Tebboune, currently hospitalised overseas, to move the country decisively forwards from the Hirak protests.

The movement had already suspended its rallies in March as the coronavirus pandemic struck.

The new text mentions a series of rights and freedoms, but preserves the foundations of a heavily presidential system.

In the streets of Algeria, the document means little to Merzak, who is more concerned with the country's dire economic situation. 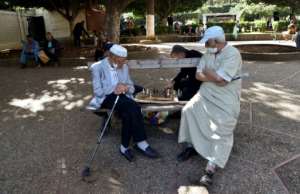 The proposed reforms have been welcomed by some, but scorned as window dressing by others. By RYAD KRAMDI (AFP)

"Is that the 'new Algeria'?" he asked, looking at a woman lying on a park bench and covered with a plastic sheet.

But while many are cynical, some Algerians do plan to vote in favour of the revised constitution.

Among them is Smail Boudara, 65, who manages a video production agency in the capital.

"Things have changed a lot since Tebboune was elected (in December 2019)," he said, pointing to the new president's promises to retrieve money embezzled from the state during Bouteflika's rule.

"This Constitution is going to change a lot of things. Things have already been moving for nearly a year, with all these ministers crisscrossing the country to try to improve the living conditions of Algerians," he said.

But he was abruptly cut off by a group of young men.

"Have you forgotten about the minister for youth and sport who told us to leave the country?" one interjected.

The minister, Sid Ali Khaldi, sparked outrage and was forced to apologise after saying that Algerians opposed to the constitutional revision could "change country". 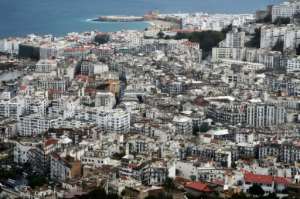 Boudara admitted that the minister's comments were "arrogant" and said he should have been sacked immediately.

But he remains determined to vote "yes", as does Ahmed, another local resident aged 72.

"Putting a ballot in the box on Sunday is a duty," said Ahmed. "This constitution will help the country turn the page on 20 years of disastrous rule by Bouteflika."

Akufo-Addo appoints UG pollster as Director of Research at t...
11 minutes ago

Muntaka has defamed all Supreme Court judges with bribery cl...
11 minutes ago