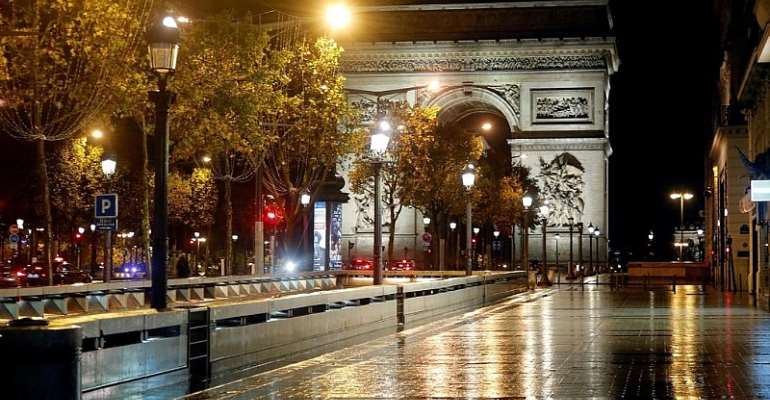 A return to restrictions on public movement and home-working wherever possible, bars and restaurants closed but schools to remain open with masks for children from the age of six – some of the new measures detailed by French Prime Minister Jean Castex as the country goes back under lockdown on Friday.

On Thursday, the French national public health agency announced 47,637 new infections in 24 hours and 235 fatalities, pushing the death toll beyond 36,000.

Boos for PM in parliament

Several lawmakers booed in parliament on Thursday when Prime Minister Jean Castex claimed that "we knew this second wave was coming", though a solid majority -- 399 to 27 -- voted to approve the new lockdown.

Castex said schools, which will be allowed to stay open unlike during the first March to May lockdown, would require face masks for children as young as six, down from 11 and older until now.

The prime minister warned the second wave would "likely be more deadly" than the first that erupted in March and claimed some 30,000 lives before easing in the summer only to return with new force.

With a ban on mingling the only remaining option, Castex announced that from Friday, working from home will once again be the norm.

People will be allowed to leave home only if armed with a self-signed certificate stating their urgent business -- food shopping, taking the kids to school, going to work that cannot be done from home, going to the hospital or visiting a pharmacy.

A certificate is also necessary for people wishing to go for a jog or walk their dog, within a limit of one hour and no further than one kilometre from home.

Funeral attendance will be limited to 30 and six for weddings.

Those found breaking the rules, which will be strictly policed, risk a fine of 135 euros, said the premier.

Economy Minister Bruno Le Maire said the second confinement will cause a near 15 percent drop in economic activity, but the government will provide 15 billion euros per month in aid to affected businesses.