Election 2020: Don’t Be Used By Politicians To Cause Trouble – EC Advises Youth 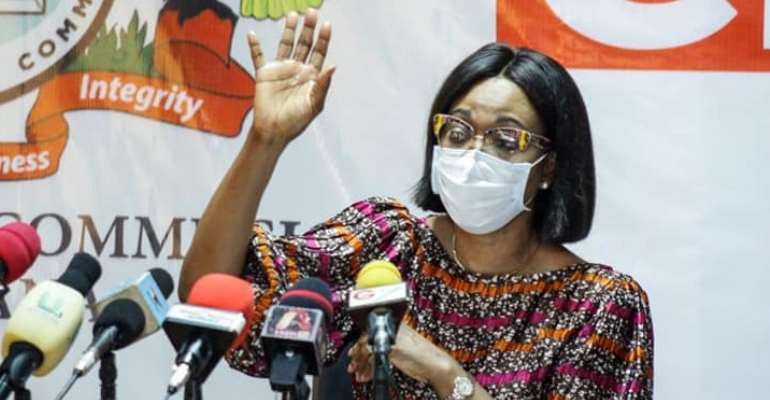 The Electoral Commission (EC) Chairperson, Jean Mensa has advised the youth not to be used as instruments of violence in the run-up to the general elections.

She said the possibility of losing one's life should be enough to deter young people from engaging in electoral violence.

Interacting with first-time voters under the auspices of Youth Bridge Foundation on Thursday, Madam Jean Mensa said she regrets the involvement of young people in electoral violence.

“I would like to use this opportunity to call on the youth not to allow yourselves to be used to foment trouble. Be it on the streets or social media. Just a few days ago we saw some acts of violence in Odododiodoo and I believe there are people who are behind this violence… You must not allow yourself to be used. Let us say no to violence.”

The EC Chairperson’s comment comes days after a bloody clash between supporters of the NPP and the NDC last Sunday.

The clash, which occurred in the course of a health walk by the NDC in the constituency, left some supporters of both parties injured.

There was a misunderstanding between a group of young men at an area known as Blue Gate which resulted in the throwing of stones and bottles.

Two persons have been arrested in connection with the incident.