Parts Of Ablekuma Sinking In Flood 24 hours After Rainfall 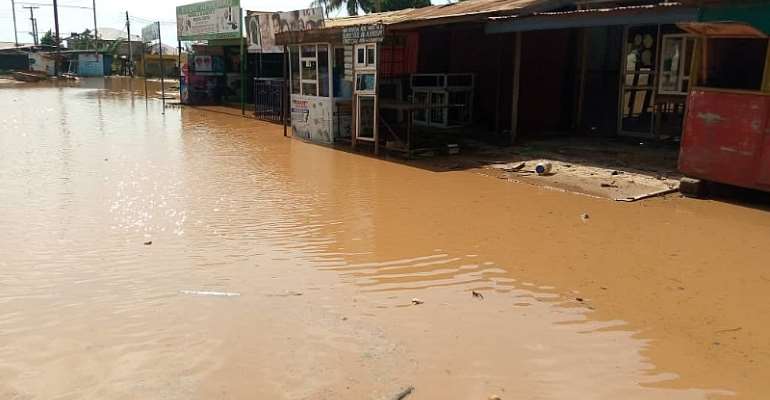 Some areas at Ablekuma Agape Top in the Ga Central Municipality are still flooded some 24 hours after rainfall on Wednesday, October 28.

Several shops at Ablekuma Agape Top in Accra were forced to remain closed following flooding of the area.

According to shop owners and residents nearby, Wednesday’s rains left the community flooded, restricting access to homes and shops.

Oduro Ghartey, who has two shops in the areas, told Citi News this was the third time this year he had encountered this kind of flooding.

“We don’t have any drainage here so all the water that comes from the top comes here. If they construct the drains here, by all means, the water will pass.”

He also said there were people who could not access their homes because of the flooding.

“You stay outside until the flood subsides before you can go to your house.”

Ibrahim also the Municipal Assembly and Member of Parliament for the area, Shirly Ayorkor Botchwey, for not being visible enough during their struggles.

“Anytime it rains, this is what happens… This one is not a party matter. There is only one truth. But the MP hasn’t helped us. She doesn’t come to our aid.”