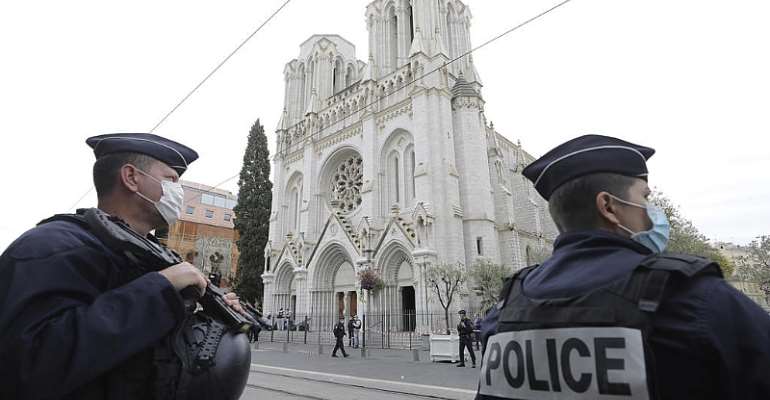 Condemning the knife attack in Nice, France on Thursday that killed three people, United Nations Secretary General Antonio Guterres expressed his condolences to the families of the victims, reflecting the majority of responses by world leaders.

British Prime Minister Boris Johnson said he was “shocked” at the “barbaric attack” in a message that he tweeted in French.

“The United Kingdom is on the side of France to fight against terror and intolerance,” he wrote.

French President Emmanuel Macron named the killings "an Islamist terrorist attack." At least one of the victims had their throat slit.

Others joined in on social media to express their solidarity, including European Commission President Ursula von der Leyen, who said that “All of Europe is in solidarity with France.”

US President Donald Trump expressed his solidarity with France on Thursday, calling the terrorist attack unacceptable.

“Our hearts are with the people of France. America stands with our oldest Ally in this fight,” tweeted Trump.

Turkey gracious, ex Malaysian PM not so much

The French Council of the Muslim Faith condemned the killings and asked French Muslims not to celebrate the birth of Mohammed “as a sign of mourning and in solidarity with the families of victims and the Catholics of France.”

Although Macron has been at odds with his Turkish counterpart Recep Tayyip Erdogan, Turkey “strongly” condemned the “savage” attack in Nice, putting aside diplomatic differences in order to express their “solidarity” with France.

Erdogan had previously accused Macron of Islamophobia, prompting Paris to recall its ambassador to Turkey.

'We will not give in to terror', says Macron as security alert raised to highest

Former Malaysian Prime Minister Mahathir Mohamad lashed out on social media on Thursday, saying Muslims had a right “to kills millions of French people” and made other similar statements before Twitter deleted his post.

Mahathir, 95, was prime minister in the Muslim-majority country until his government collapsed in February. He also referred to the recent beheading of French teacher Samuel Paty for showing cartoons of the Prophet Mohammed, saying he did not approve of the attack, but that people should not be insulted.

"The French in the course of their history has killed millions of people. Many were Muslims. Muslims have a right to be angry and to kill millions of French people for the massacres of the past."

Macron has called for a crackdown on Islamic extremism since Paty's killing, which incensed Muslim leaders around the world, including Erdogan, who claimed that the French president had a mental deficiency.