Ghana has a housing crisis: what we found in Kumasi, and what needs to change 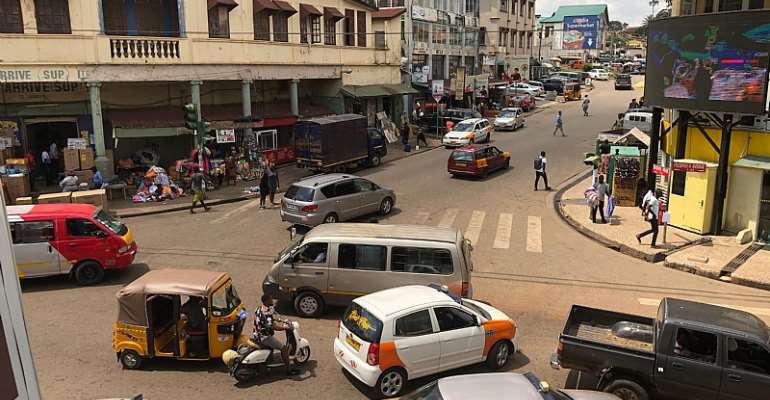 Housing is one of the most basic human needs and can have a profound impact on the happiness, lifestyle, self-esteem, and productivity of an individual. Yet the delivery of adequate housing to urban dwellers has been a considerable challenge for national governments in many developing countries.

Compound houses remain an important housing type in most West African societies. These are mostly single-storey structures with series of single-banked rooms surrounding a square and unroofed courtyard. One side of the enclosed units hosts shared amenities like toilets, kitchens and bathrooms.

Compound houses usually provide accommodation for about eight to 15 households. The units are developed incrementally using mostly inexpensive construction materials and local labour. The courtyards usually serve multiple purposes, such as a playground for children, an arena for social interactions, and spaces for cooking or doing laundry. These characteristics make compound houses particularly attractive to low-income occupants.

It is improbable that Ghana's government can build new houses to meet its 2 million housing deficit . As a result the transformation of existing stock is becoming an attractive option and compound houses seem to be a prime target. This phenomenon is likely to result in rent increment and reduce accommodation alternatives for low income households.

Previous studies have examined how compound houses, especially those located near business and commercial centres, have been transformed into retail properties to capture the additional rent. Less attention has been paid to the transformation taking place in compound houses that continue to be used as homes, how much rent is realised as a result and the impact on the classic features of compound houses.

We conducted research to understand how the transformation affects problems associated with compound houses, such as long queues to use shared facilities, lack of privacy, and disputes over the sharing of utility bills. We were also able to gain insights into how the changes to the houses was affecting how the space was being used, as well as how the social composition of people living in compound houses was changing.

We used Bantama, a sub-metro of the Kumasi Metropolitan Assembly, as a case study. We chose Kumasi because of its high percentage share of compound houses. We settled on Bantama because it is close to the Central Business District and the Komfo Anokye Teaching Hospital, the second-largest teaching hospital in Ghana. This makes it a desirable location for people who can afford to pay more.

There are about 9,716 households in Bantama, of which 57% live in compound houses.

Estate agents who knew the rental housing market in Bantama were consulted to help us identify compound houses that have undergone transformation. They led us to 30 landlords. Together they owned 265 individual dwelling units. The landlords helped us understand how and why the compound houses have changed. We also spoke to 34 tenants about their experiences in accessing these units and living in them.

We found that 65.28% of the 265 traditional compound houses had undergone structural changes. This entailed providing tenants with exclusive access to bathrooms, toilets, kitchens and electric meters.

For example, 50% of the transformed compound houses now had their own kitchens while 86% had separate electric meters installed by the tenants with permission from landlords. Landlords were more inclined to add facilities such as small kitchens, toilets and baths rather than adding new rooms or increasing the size of existing rooms, largely because of space constraints.

The ongoing changes were also reflected in the social composition of who was renting the properties. We found that working professionals such as nurses, bankers, medical doctors and engineers had moved in. This meant that the night-time and weekend use of the courtyards changed. They were no longer used for inter-household social interaction but as parking lots.

This has elevated the needs of these working professionals above low-income groups.

When it came to rent, several landlords confirmed that they gained at least twice the rent previously charged after the transformation.

Finally, we found evidence suggesting that some tenants were being pushed out because they could no longer afford to pay the 2-year rent advance that landlords demand.

We found that the gentrification process was being partly aided by employers and people's social capital. We also found evidence that local stereotypes influenced the decisions of landlords. Some people were denied access if their physical outlook such as hairdo, dressing and mannerism didn't fit into landlords' stereotypes.

The future of housing

We concluded from our findings that by creating exclusive use of facilities that were previously shared, landlords have succeeded in curtailing squabbles and disputes that used to arise, for example, over the apportioning of electricity and water bills.

But the transformation of the spaces had negative consequences too, such as communal space being used as parking lots.

Our findings also point to the fact the selection of middle-class households to occupy gentrified neighbourhoods or transformed dwellings is not based solely on the ability to pay. Local stereotypes by both landlords and estate agents, coupled with market norms like the 2-year rent advance, and people's social capital all contribute towards who end up in gentrified neighbourhoods.

We conclude that the ongoing adaptation of compound housing isn't the solution to Ghana's growing housing deficit. Rather, it is displacing poor and low-income households whose only option of decent housing are traditional compound houses. They are being forced to move into slums or becoming homeless.

This ultimately has implications for the well-being of individuals as well as on public expenditure required to upgrade slums or end rough sleeping. Strong government intervention is required in the form of the construction of low-cost affordable compound houses for the masses who depend on them.

Also, the government needs to make clear how long landlords can demand rent in advance. The Rent Act is silent on this, and landlords are exploiting this lacuna to demand 2-year rent advances from already struggling tenants.

By Lewis Abedi Asante, Lecturer, Humboldt University of Berlin And