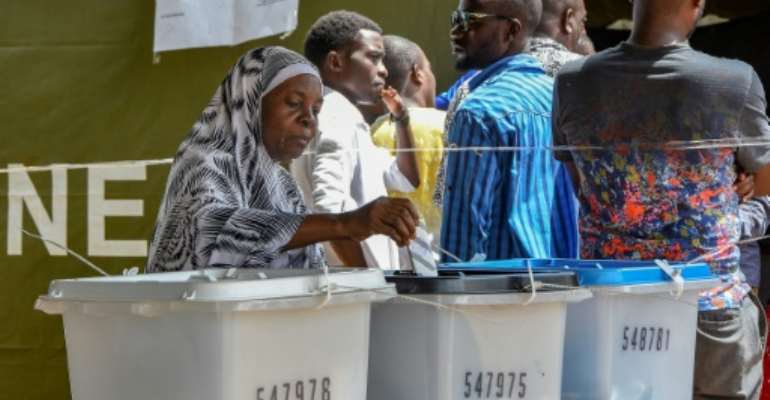 Tanzania's main opposition presidential candidate Thursday declared he would not recognise the election result as key seats fell to the ruling party in a vote he said was marred by irregularities.

Counting was taking place across Tanzania and its semi-autonomous archipelago Zanzibar -- which also elects its own president and lawmakers -- where early results showed the opposition losing seats in some traditional strongholds.

President John Magufuli, who is seeking a second term, has the lead in just over a dozen constituency results announced by the Tanzania election commission, out of 264.

His Chama Cha Mapinduzi (CCM) party has been in power since independence in 1961, but rights groups have decried a slide into autocracy over the past five years marked by the repression of the opposition.

Magufuli's main challenger, the Chadema party candidate Tundu Lissu, declared the results trickling through "illegitimate" and urged his supporters to demonstrate peacefully, while asking the international community not to recognise the outcome. 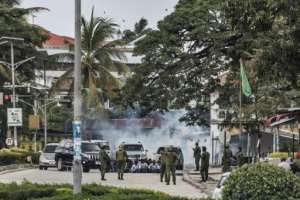 Zanzibar's anti-riot police officers stand gaurd by a group of men sitting on the ground, during an operation after the opposition called for protests in Stone Town. By MARCO LONGARI (AFP)

"Whatever happened yesterday was not an election, and thus we do not recognise it. We do not accept the result," Lissu told reporters in Dar es Salaam, saying opposition election monitors had been barred from entering polling stations and faced other interference.

"What is being presented to the world is a complete fraud. It is not an election."

The result of presidential elections cannot be contested in Tanzania, though the parliamentary outcome can be challenged.

Lissu, 52, returned to Tanzania in July after three years abroad recovering from 16 bullet wounds sustained in what he believes was a politically-motivated assassination attempt.

His return re-invigorated an opposition demoralised by years of attacks, arrests and a ban on political rallies, with massive crowds seen throughout his campaign.

However several opposition MPs lost seats in long-held bastions, such as Chadema chairman and lawmaker Freeman Mbowe of Hai in the Kilimanjaro region.

In volatile Zanzibar, opposition presidential candidate Seif Sharif Hamad was arrested along with top leaders of the ACT-Wazalendo party, after he called for protests against election results there.

The opposition said 10 people were killed in the runup to the vote, and Hamad decried the election as a "military exercise" overshadowed by violence and cheating.

"All the polling stations were surrounded by the military and armed forces," said Hamad, who has accused the ruling party of trying to steal every vote since multi-party democracy was introduced in 1995, and foreign observers have often agreed. 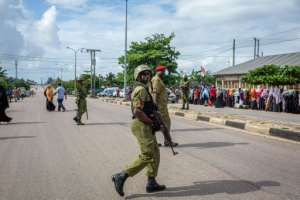 "People who came in to vote, some of them were given three, four ballot papers. When our party agents tried to ask why, they were thrown out," he said.

"If we don't get our rights through the ballot boxes then we have no choice but to demand this right through the streets."

As Hamad and party leaders left to the protest they called, police fired tear gas at the group before bundling them into their truck.

Truckloads of police and soldiers who had been patrolling during the election fanned out across the capital Stone Town, causing streets to empty out.

The feared "zombie" private militia of the ruling party swarmed the city, clad in black and with bandannas covering their faces.

The opposition and commentators had already voiced concern about the fairness of the election well ahead of polling.

"This year it was very different. There was lots of intimidation, violence, kidnapping. Two of our polling agents were kidnapped and very badly beaten," said Tanzanian political analyst Aikande Kwayu, who supports the opposition and was on the ground in Hai. 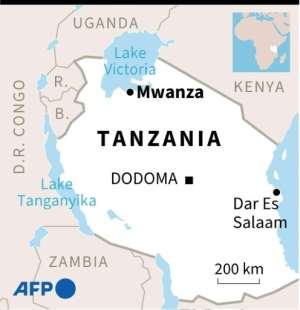 "We knew it wouldn't be free and fair, but nobody expected this," she told AFP.

"I think we have moved from being a democracy to full authoritarianism. There will be no critical voice left. It is going to be a very difficult next five years."

Tanzania's electoral commission said Wednesday evening they had not received any complaints about incidents of ballot stuffing.