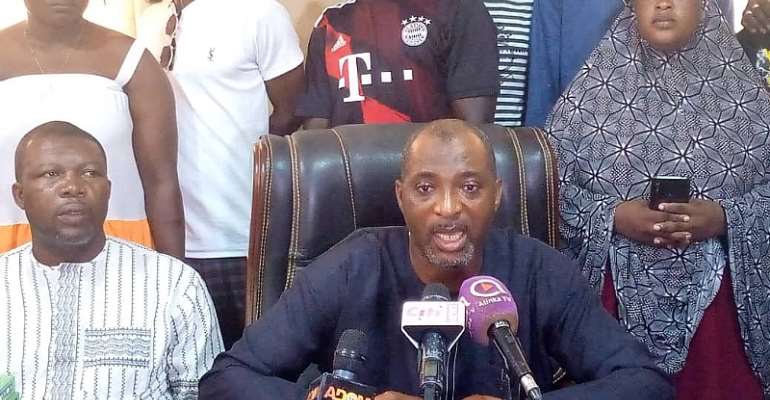 The opposition Member of Parliament for Asawase, Alhaji Muntaka Mubarak is pushing to get the Interior Minister summoned in Parliament to answer questions over alleged abuse from the Police’s Anti-Robbery Unit.

The MP says the unit is “operating very inhumanly” and says he has filed a parliamentary question on the matter.

“It is my hope that the Interior Minister will find time to come and answer,” he told the press.

“Even after the election, I can assure you that it is something that I will pursue,” Mr. Muntanka added.

I want to believe that when the matter gets to the floor, other examples from other MPs will come out, and we will be able to raise enough concern for the Police Anti-Robbery Unit to be reformed.”

His comments came after personnel of the Anti-Robbery Unit of the Ashanti Regional Police Command stormed his office to arrest ten National Democratic Congress (NDC) activists.

Mr. Mubarak complained that personnel of the unit usually abuse suspects when they are arrested.

The MP further cited the wrongful killing of seven men in the constituency who were wrongly tagged as robbery suspects.

Mr. Mubarak also alleged that the governing New Patriotic Party(NPP) is using personnel of the Anti-Robbery Unit harass NDC supporters in his constituency.

He has therefore called for a review of the operations of the unit.

“We call on the police administration to look at the mode of operation of this robbery unit.”