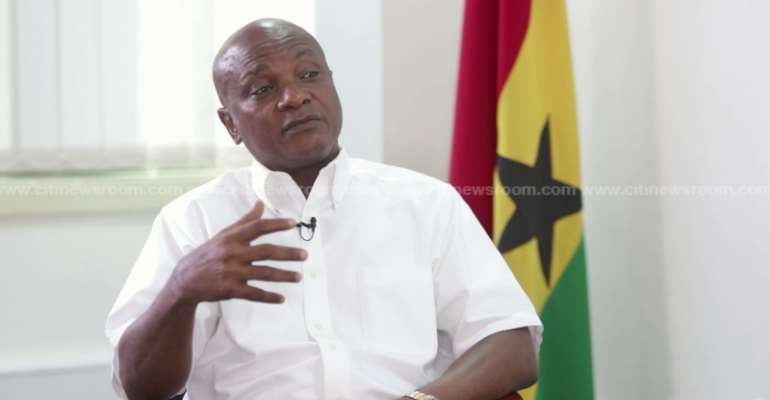 The President of the National House of Chiefs, Togbe Afede XIV has revealed reasons that formed the basis for their opposition to the controversial Agyapa deal.

Speaking on Citi TV‘s Point of View on Monday, Togbe Afede stated that the House of Chiefs were among other things concerned about the seeming secrecy the deal was shrouded in.

He indicated that while the House of Chiefs unanimously agreed that there was the need for Ghana to raise funds to undertake many needed developmental projects, there was also a major concern about the timing of the deal particularly as it was in an election year.

“We agreed that there is the need to raise money to fund development projects, but there were a lot of concerns amongst them, the timing.”

“One question was; why now? We are getting to the end of the year, elections and so on. The very key issue that was raised was the opaqueness of the whole process. Why were things shrouded in secrecy? What agreements have been signed to start with? We didn’t have those agreements,” he said.

Togbe Afede said another concern for the House of Chiefs was the fact that the Special Purpose Vehicle was being incorporated in a tax haven when they have become notorious for people who seek to hide money.”

The Agyapa deal is a by-product of the Minerals Income Investment Fund Act.

In 2018, Parliament passed the Act which establishes the Fund to manage the equity interests of Ghana in mining companies and receive royalties on behalf of the government.

This was after Parliament on August 14, 2020, approved the Agyapa Mineral Royalty Limited agreement with the Government of Ghana despite the walkout by the Minority.

In exchange, the company plans to raise between $500 million and $750 million for the government on the Ghana and London Stock exchanges to invest in developmental projects.

The Special Prosecutor had earlier written to the Speaker of Parliament demanding further information on the Agyapa deal.

Government subsequently suspended the issuance of the IPO to enable the Special Prosecutor to complete his assessment of the deal.

The deal has generated public discourse with some Civil Society Organisations vowing to reject the agreement claiming it is a total rip-off.