Breast Cancer Is Real, But Not Contagious; Stop The Stigmatization! 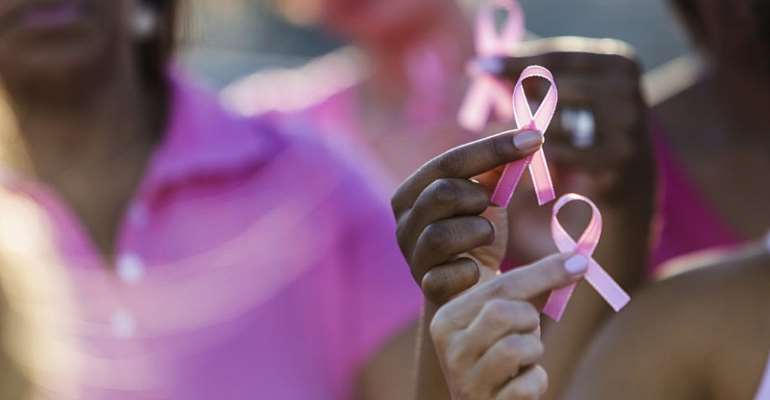 Traditionally, persons who are ill are expected to visit the hospital to be diagnosed and treated. However, knowledge about ones’ illness and societal acceptance seems to be worse than the illness itself.

“I was nervous but more especially felt stigmatized, discriminated against by family and loved ones as though it was contagious.” Those with symptoms should not hide from medical treatment. It is very necessary”. Those are the words of one breast cancer survivor who would want to remain anonymous.

However, she complained bitterly about how she was stigmatized. She said some family members distanced themselves from her and she felt discriminated among friends and even colleagues.

This some survivors believe is deterring others from going for medical treatment, adding that there’s the need to stop the stigmatization as it as well has psychological effect on patients.

Breast Cancer continue to be one of the leading causes of death among women in Ghana and globally.

As a routine, the month of October is set aside nationwide to raise awareness and increase knowledge on breast cancer as well as call for necessary actions.

"Based on statistics, by 2024 about 19.5 million women will be diagnosed with breast cancer, and out of the 19.5 million, about 55 percent is expected to come from the Low to Middle income Countries of which Ghana is a part of" a public health specialist, Mr. Benson Owusu told me.

He also said lack of education in recognizing the signs of breast cancer among some women is threatening as they come to the hospital at the worst stage of the cancer, and for some, after buying over the counter medications and concoction.

As prevalent in Ghana, individuals’ believe systems are the hindrances to seeking early medical attention.

He lamented that a situation where people prefer to see Pastors rather than visiting the hospital when they are ill with the belief that their illness is caused by demons is worrying.

He however advised that women self examine frequently and report to the hospital when they notice a lump in their breast.

Not only has the issue of breast cancer lingered among women but men as well are at risk of developing the cancer.

Another survivor I spoke with disclosed to me that to her surprise, she found a 15 year old boy undergoing breast cancer treatment just as her.

Mr. Benson said exposure to radiation, inhaling fumes, having Menopause at a very old age, drinking alcohol and having menstruation at a very young age, are all factors that can predispose the individual to breast cancer, stressing that smoking is a factor to developing various cancers including breast cancer.

Beyond those, signs such as unusual discharge of fluid from the breast, nipple getting inverted, and when the breast assume the peel of an orange are also signs that should trigger action.

Speaking, on risk factors, he made it clear that persons with family history of breast cancer are of the high risk of developing breast cancer hence individuals should be cautious.

Suggestions from some Specialists

In the quest to fight breast cancer some specialists believe the media must throw its weight behind raising awareness and setting the agenda for the necessary action not only in October but all year round.

"I encourage we use any media available to reach the society with health education" one said.

Also breast cancer awareness must be incorporated in the curriculum so that at a tender age people acquire knowledge about breast cancer.

Meanwhile, whiles experts are calling for immediate attention, stigmatization seems to be changing the narrative and deterring people to come out bold for treatment.

More public education on breast cancer awareness and the need to desist from stigmatization needs to be intensified.