Ahafo Will Be NPP Stronghold After 2020 Elections — Nana B 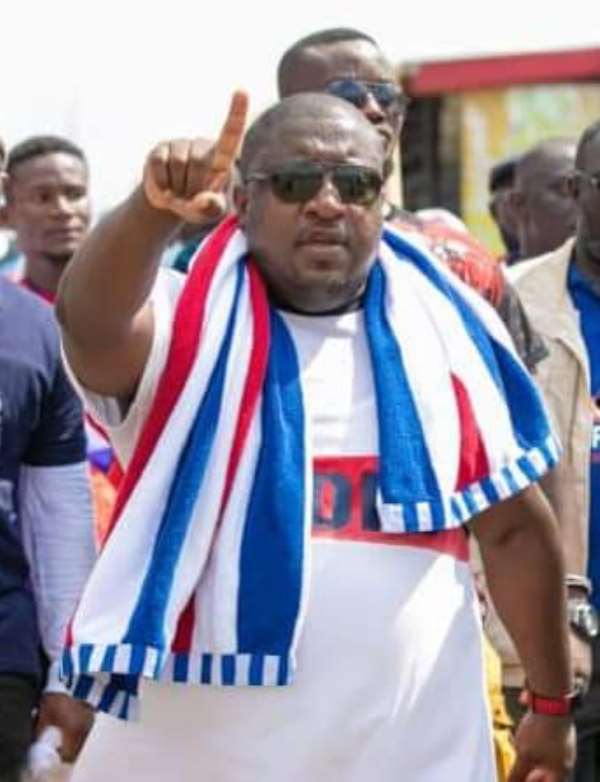 The National Youth Organiser of the ruling New Patriotic Party (NPP), Henry Nana Boakye has predicted that after this year's elections Ahafo Region would be declared as a stronghold of the party.

He said the policies rolled out by NPP Akufo-Addo led government have made the people of the region better off than any other political party in the history of Ghana.

Addressing party's faithfuls at Kwapong in the Asunafo Constituency, Henry Nana Boakye popular called Nana B explained that for the chiefs and the people to have their own created region under the administration of President Akufo-Addo is even enough to justify his prediction.

"Now you're also receiving your share of the national cake which you've been denied for the past 40 years so be grateful to the NPP," he stated.

According to him, the presence of the region has paved way for massive development to hit the region which will certainly improve the living standards of the people.

He challenges the largest National Democratic Congress (NDC) which believes the government policies have not impacted well in the people to contact a credible survey to have first-hand information.

"With these, it's clear that the NPP is winning massively in this region and aftermath will be our stronghold," Nana Boakye stated.

The Ahafo Regional Chairman of the party, Kwabena Owusu Sekyere said per his checks and the manner party members are engaging in door to door campaign, he will be extremely shocked to see the party not achieving its target.

He assured the national executives of the party of unprecedented victory in the upcoming presidential and parliamentary general elections on December 7. He added that the two parliamentary seats (Asutifi South and Asunafo South) belonging to NDC will definitely be the seat of the NPP come December 7.

Kwabena Owusu Sekyere who the part of the regional campaign team urged party members to intensify the door to door and other campaign strategies to help secure one time win on election day.