Stop Dragging The Office Of The Special Prosecutor Into Partisan Politics

By Martin A. B.K. Amidu, The Special Prosecutor 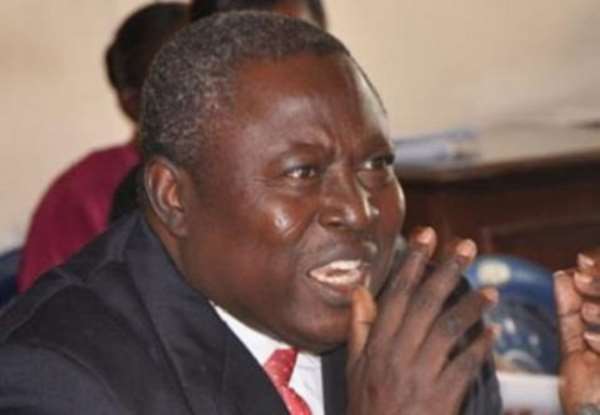 I have read with dismay the deliberate efforts by certain Presidential candidates for the 2020 Elections to drag the Office of the Special Prosecutor and the person of the Special Prosecutor, Martin Amidu, as he is referred to in their speeches and media publications, into their campaign rhetoric to demonstrate their determination to prevent and fight corruption as a reason why the electorate must consider them as the candidate of choice for the up-coming elections.

Every adult Ghanaian knows who sued the nominee for the Office of the Special Prosecutor in January 2018 even before he could be considered for approval by Parliament. The record of proceedings and the media published the names of the cohort of lawyers who supported and argued the case against the Attorney-General and Martin Alamisi Amidu until Martin Alamisi Amidu’s name was struck out from the suit. There is no reasonable Ghanaian who does not know those who condemned the Supreme Court’s decision in the media and continue to do so. The Supreme Court has settled the matter with its final and authoritative decision in favour of the Attorney-General. Before the decision of the Supreme Court one could make statements of speculation about what one would allow the Office to do or not to do. The Office of the Special Prosecutor Act, 2017 (Act 959) as interpreted by the Supreme Court is not negotiable and nobody can mess with that Office unless the Special Prosecutor abdicates his independence and surrenders the functions of his Office to politicians.

Crime is crime. There is no need trying to politicize the work of the Office and linking its fate with election results. May be Ghanaians ought to revisit a few of the things I said on oath during my vetting for approval as Special Prosecutor by Parliament on 13th February 2018. The following stands out and can either be read or listened to when one Google’s: “Thieves fear investigators they cannot influence”. I told Parliament, inter alia, that:

“Thieves fear experienced, credible and tested investigators whom they cannot influence. That is the way to reduce crime. When they know the investigator is very experienced, credible, and has the capacity to find wrong, they will not do it. This country is not a milking cow. It is for the people of this country, particularly, the downtrodden, the poor ones. I am saying that that is my position, and it will be. I am saying that whether I am approved or not I will continue to fight for the people of this country.

….If you go and look at the agreements I reviewed, they will tell you, I say it as it is. This is not in the national interest and, therefore, don’t do it.”

have a Constitutional right as a citizen of Ghana to continue my crusade against corruption whether as Special Prosecutor or a citizen of Ghana as I stated on oath to Parliament. I do not need a public office to continue to fight corruption. I used to crusade against corruption more effectively before accepting to be appointed as the Special Prosecutor. I do not need any patronage and I do not think the Office of the Special Prosecutor as an independent statutory anti-corruption agency needs one. My position at my vetting by Parliament is no different from what the Secretary General Antonio Guterres is reported to have said to the United Nations General Assembly in commemoration of the seventy-fifth anniversary of the United Nations: “Corruption is criminal, immoral and the ultimate betrayal of public trust.” I repeat: “This country is not a milking cow. It is for the people of this country, particularly, the downtrodden, the poor ones. I am saying that that is my position, and it will be” no matter who becomes the President of Ghana. Ghana First!