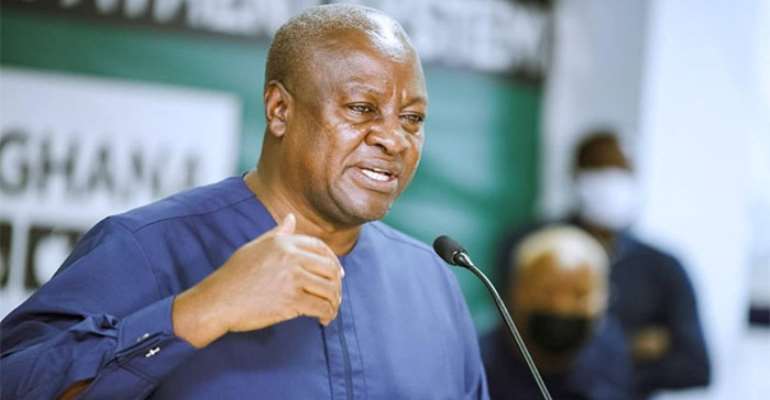 The Minister of Education, Dr Matthew Opoku Prempeh, jabbed former President John Dramani Mahama, saying he is somebody who cannot make up his mind especially when it comes to serious national issues.

According to him, the former President has through his indecisiveness over the years shown beyond reasonable doubt that he is a highly confused fellow.

The Minister, who was making a presentation at the Information Ministry's 6th Nation Building Updates on Thursday, October 29, 2020, at the Academy of Arts and Sciences, in Accra, recounted quite a number of time when Mr Mahama had opposed a policy, only to turn around and support that policy.

He also recounted how Mr Mahama had oftentimes vowed not to take certain decisions only to make a U-turn and take such decisions or promised to implement policies he said were not good for the country.

Dr Prempeh made specific mention of the Free SHS policy and how Mr Mahama vehemently opposed its implementation right from the onset only to turn around and pledge to sustain it when he is once again elected as President of Ghana.

According to the Minister, Mr Mahama had in the past stated on several occasions that the Free SHS policy introduced by President Nana Akufo-Addo will collapse the Ghana Education System but has suddenly turned around to say he (Mahama) introduced Free SHS.

“He says Free SHS will collapse the Ghana Education System, then he says I brought Free SHS,” he says of Mr Mahama.

“That is the same man, I want you to know that what we can't have in our Presidency is somebody who can't make up his mind, and he himself wrote in his own book that he cannot make a decision,” the Minister jabbed.