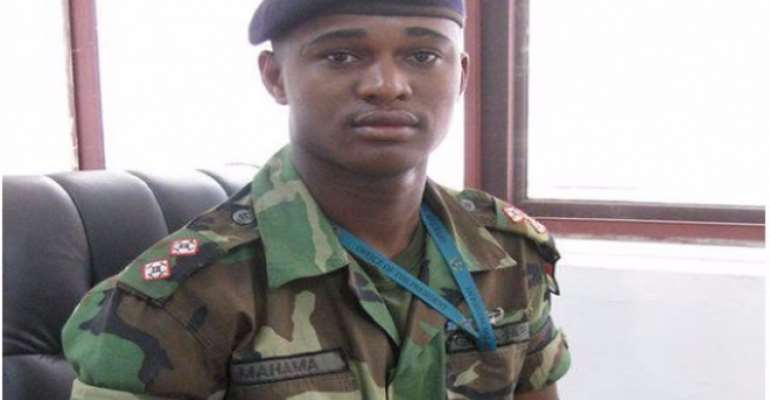 The High Court in Accra hearing the trial of 14 alleged murderers of the late Major Maxwell Adam Mahana has fixed a new date to resume the trial.

The court was expected to resume the trial today, Thursday, October 29, but it has now been adjourned to November 19, 2020.

The trial has since February 29, 2020 been on hold following the Covid-19 pandemic.

Starr News’ Court Correspondent Murtala Inusah reports that due to the Covid-19 pandemic, the state is making special arrangement due to their number to ensure that, the accused persons who are currently in custody would be brought to court and return in a safe environment.

At the last court sitting on February 28, before the outbreak of the Covid-19, the Court admitted a video recording of how the late Major Mahama was allegedly murdered by the 14 persons now on trial.

The court therefore fixed March 17 to show the video in open court but that was truncated by the pandemic.

Earlier on February 13, the court dismissed an objection by the defence when the prosecution sought to tender the flash drive containing the video as evidence.

Justice Mariama Owusu, a Justice of the Supreme Court, sitting with an additional responsibility as a High Court Judge, delivering a ruling said it was better for the video to be admitted as evidence first before it could be shown in open court.

It was the case of the judge that if the video was first played in open court before it was admitted as evidence, it would prejudice the court as the jury would form opinions.

She added that even if the court rejected the video later, such opinions could not be erased from their memory.

Justice Owusu said he had not watched the video, and would not be watching it, adding that “I have even admonished the jury to refrain from listening to all discussions on the case in the media, particularly radio and television”.

Chief Inspector Samuel Agyakwa, the Investigator in the case, earlier told the Court that the video contained details of how the late Major Mahama was allegedly murdered.

But the defence lawyers mounted spirited objections to the tendering of the video evidence.

The witness, who was being led by Mrs Evelyn Keelson, Chief State Attorney, to give his evidence-in-chief, said it came out that William Baah, the assemblyman who is alleged to have masterminded the murder, John Boasie, Bismarck Abanga, Kwadwo Anima, and Donkor Bismarck were not in the video.

He explained that apart from those mentioned above, the rest were seen in the video hitting the late Mahama with sticks, cement blocks, and metal bars.

“My investigations also revealed that Charles Kwaning and Kwesi Asante were the ones who shot the late Major Mahama,” the witness added.

He said after the investigations, it became known that William Baah, John Boasie, Bismarck Abanga, Kwadwo Anima, and Donkor Bismarck used their fists to attack the deceased.

The investigator told the Court that after watching the video, he copied it on a pen drive and with the assistance of a crime scene expert; they captured crime scene shots from the video.

The 14 persons are standing trial at an Accra High Court over the killing of Major Mahama, who was an officer of the 5th Infantry Battalion, at Burma Camp.

The late Major was on duty at Denkyira-Obuasi in the Central Region when on May 29, 2017, some residents allegedly mistook him for an armed robber and lynched him.