'We've Not Been Declared HIPC; But Mahama Has A Point – Seth Terkper 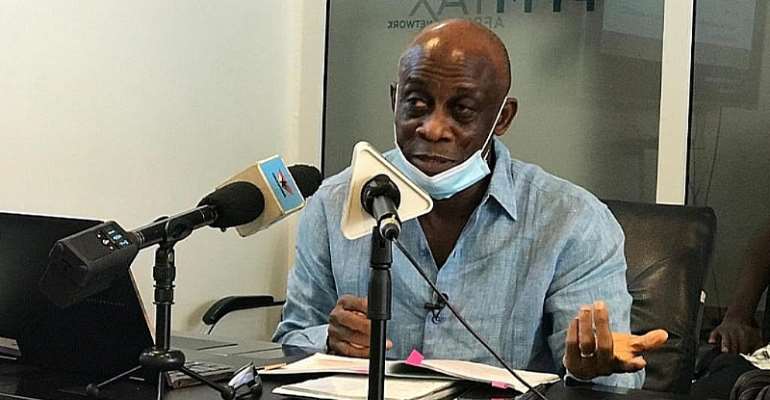 A former Finance Minister in the erstwhile Mahama administration, Mr Seth Terkper, has told Kwabena Bobie Ansah on Accra100.5FM’s ‘The Citizen Show’ that Ghana has not been declared a Highly Indebted Poor Country (HIPC).

Former President John Mahama, who is also the presidential candidate of the main opposition National Democratic Congress (NDC), on Monday, 26 October 2020, told different groups of professionals with whom he interacted in Accra, that: “The IMF, in its sub-Saharan Africa Regional Economic Outlook, forecasts the current rate at a frightening 76.7% of debt-to-GDP ratio”.

“Officially”, Mr Mahama announced, “Ghana is back to HIPC status under Nana Akufo-Addo and Ken Ofori-Atta”.

In Mr Terkper's view, even though Ghana has neither applied for, nor been declared HIPC, his former boss has a point worth paying attention to.

“… The [former] President is saying that: ‘Look at where we stand today’; you can see from the narration that he’s doing”.

“And, by the way, if we are at 77 per cent or we are projected to be at 77 per cent by the end of the year, and, in the first quarter you’re going to borrow GHS5 billion, that will take you above 80 per cent.

“So, I’m saying that depending on the payments that we make at the end of the year, which is the net that has been given as 77 per cent…” Mr Terkper said.

Mr Terkper, however, clarified that: “You go to HIPC by submitting an application, if I may put it that way”.

“If you want to retain your B ratings and the rest, then you have to be within 55 to 60 per cent [of debt-to-GDP ratio], which is where we were headed”, he pointed out.

“But here is a minister, who is projecting where we are supposed to be at the end of the year in order that he can make estimates of where the country will be when he submits the quarter for 2021.

“So, the relevant thing, we know; IMF says we are 77 per cent. His [Finance Minister] own mid-year review says that the deficit is 11 per cent, so, why are we not using, at a minimum, the mid-year review figures?” Mr Terkper wondered.