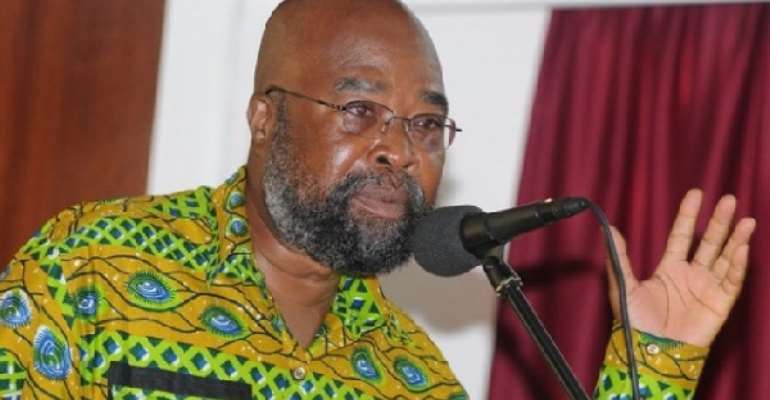 The presidential candidate of the Great Consolidated Popular Party (GCPP), Dr Herbert Henry Lartey has backed calls for the legalisation of the Okada business in the country.

He however insists there should be structures in place for the riders to obey traffic regulations before their trade is made legal.

“Let’s put in the structures; in Bremen, there are certain areas allocated for motorbikes, even in Togo, motor riders obey the traffic light, they stop. Okada will stop, any motorbike will stop when the light is red.

“But here, they just ride anyhow and before they realise, they’ve killed someone. So, that is what we have to enforce: give the police the chance to enforce. Once we enforce that, it will bring sanity into the system,” Dr Lartey said.

Speaking on CTV’s morning show Anopa Dwabre Mu on Thursday, 29 October 2020, Dr Lartey told sit-in Kwaku Abrokwa that: “I’m for the legalisation but we have to put in the structures to make it work. You just don’t legalise them and they kill themselves and other people. They have to wear the helmet. So, let’s tidy the whole system up, make sure the police is at the traffic light to arrest those who flout the traffic regulations,” he noted.

The legalisation of Okada has become a topical issue in this year’s election after the main opposition National Democratic Congress (NDC) promised to make the business legal if it wins power in the December 7 polls.

Speaking to the chiefs, people and party supporters at Kpando in the Volta Region on Friday, 21 August 2020, the presidential candidate of the NDC, Mr John Mahama said: “I've been seeing young people who have finished school and they can’t find a job and, so, they are looking for something they can do and many of our young people are riding motorcycles and transporting people from place to place, and we call them Okada.

“But in our law, it says Okada is illegal but Okada is a reality, it has come to stay, you can't stop it, and, so, I've suggested and I say when we come into office, we will legalise Okada but we will regulate it...”

He explained further: “We will regulate it and we will give them training so that they can do their business safely without causing the lives of people, they must obey all the traffic regulations in order that they be allowed to pursue their profession”.

But the Akufo-Addo-led government says it will not legalise such a “risky” business.

According to Vice-President Dr Mahamudu Bawumia: “I know that there’s been a recent discussion about Okada in Ghana, I think that in the context of what we are doing we will rather encourage the Okada riders to come in and try to lease these vehicles so that they can run businesses.

“They need to graduate from this risky and less safe Okada riding to a safer means of transportation.

“Their problem will be a lack of capital but if you bring in new leasing policies and we have our national ID cards with our digital addresses we can have a credit system working and give you an option other than this risky job.

“You don’t want to finish driving school and then make a life in Okada riding.

“You can have a better option and we’ll give you a better option. So, yes, we will not legalise Okada business. It may be a tough decision but it is in the interest of Ghanaians.

“We have had discussions but we will stick to our decision to provide a better alternative to Okada riding. Let’s give them an opportunity to lease vehicles and pay over time,” Dr Bawumia said at the strategic collaboration of Volkswagon & Blackivy to launch Volkswagon’s new assembled cars in Ghana on Wednesday, 16 September 2020.

Okada is the use of motorcycles for commercial passenger services.