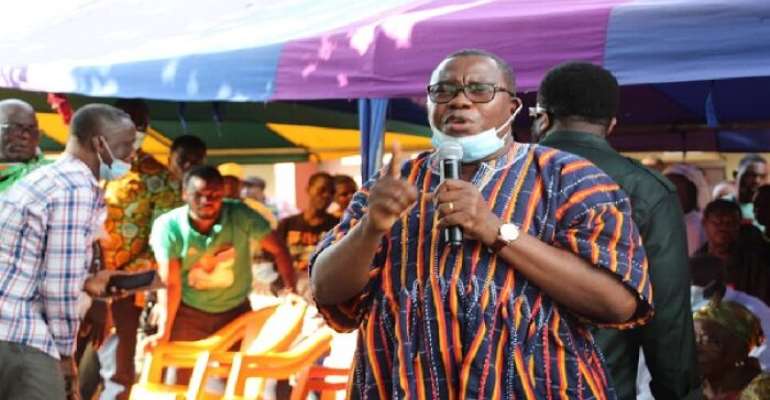 The National Chairman of the main opposition National Democratic Congress (NDC), Mr Samuel Ofosu-Ampofo, has said the party’s next government, should it win the 7 December polls, will open the Ho airport to human traffic.

According to him, the NDC has promised and delivered development projects across the country, including the Ho airport, which was completed in 2016.

The $25-million Ho airport has not officially been opened since its completion some four years ago.

According to the people of the region, especially residents in and around Ho, the inability to open the facility for use is affecting socio-economic activities and development in the area.

Mr Ofosu-Ampofo, who was speaking at a community engagement in Keta during the running mate, Prof Naana Jane Opoku-Agyemang’s tour of the Volta Region, assured the people that should Ghanaians re-elect Mr Mahama into office, the facility will be opened for use.

He, therefore, urged the people to vote for the NDC because “the NPP government and Nana Akufo-Addo have wasted the four years without doing anything. When it’s about two months to elections, they’re carrying shovels and axes and they’re doing sod-cutting”.

The Chairman emphasised the need to vote for NDC, saying “the voting that is going to take place on 7 December 2020 is going to be a vote of destiny, we’re going to declare the destiny of this country”.