Election 2020: I Stand For Peace, So Must You — Nayiri Tells Akufo-Addo 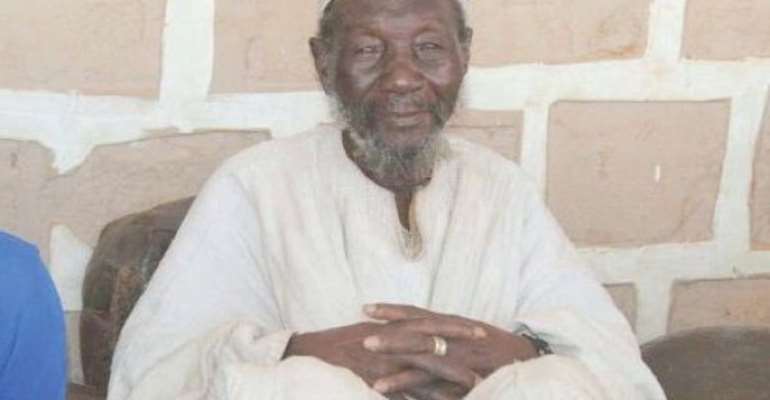 The Overlord of the Mamprugu Traditional Area, Nayiri Naa Bohagu Mahami Abdulai Sheriga has called on all stakeholders in the December 7 Presidential and Parliamentary elections to be circumspect and ensure that the elections are conducted peacefully.

“The youth in particular should not allow themselves to be used as tools to foment violence. Your lives are precious. I stand for peace, so must you,” the Nayiri said at this year's Damma festival of the chiefs and people of the Mamprugu Traditional Area.

The festival, held on the theme: “Enhancing our cultural heritage for peace and development,” is celebrated by five ethnic groups in Ghana with similar cultural practices.

They include; the Mamprusis, Dagombas, Nanumbas, Walas, Gonjas and is a festival for both Traditional rulers and the Islamic religion.

The festival is believed to mark the birth and naming ceremony of the Holy Prophet Mohammed, and is also celebrated to foster peace and unity to preserve culture, unite families and strengthen the bond between the Nayiri and his subjects and for merry making.

The Nayiri noted that “Our elections come with a lot of fear, anxiety and apprehension. Thankfully, we have gone through this without major infractions. We have earned plaudits across the globe for the peaceful nature of our elections.

He stressed that “This year's elections should not be any different,” and called on government, the Electoral Commission, political parties, security agencies and all Ghanaians to exercise restraint before, during and after the elections.

Naa Sheriga appealed to the leadership and followings of various political parties to demonstrate the highest level of civility and decorum for a violence-free general election, adding that “Ghana is the only country we have.”

President Nana Addo Dankwa Akufo-Addo, who was the special guest of honour called on the youth not to be used as instruments to perpetuate violence in the December 7 elections.

“Young people of Mamprugu should ensure that they are not used for violent purposes as the Nayiri himself has said. I want to make this appeal to you, do not allow yourselves to be used by irresponsible politicians to engage in acts of destabilization and violence.”

He said Mamprugu had traditionally been an area of peace and stability in the country and urged the youth to seek the path of knowledge and concern themselves with building a brighter future to achieve the desired results.

President Akufo-Addo said government was determined to “Carry along every Ghanaian living in every part of our country on the journey to development. In doing so, we shall not be blinded by partisan, ethnic or gender considerations.

He said government would ensure the “Ghana project” which was about the welfare and development of all Ghanaian citizens without distinction.

According to the President, the North East Region had received it's fair share of national development, “You can all attest to the roads, hospital and educational infrastructure as well as water and sanitation projects that we're delivered during my tenure of office.

“So Nayiri and residents of the Region, with four more for Nana and the NPP, we will do even more for you,” President Akufo-Addo assured.

The President was accompanied by Vice President Dr Mahamudu Bawumia and his wife Mrs Samira Bawumia, Hajia Alima Mahama, the Minister for Local Government and Rural Development and Member of Parliament for Nalerigu-Gambaga Constituency.