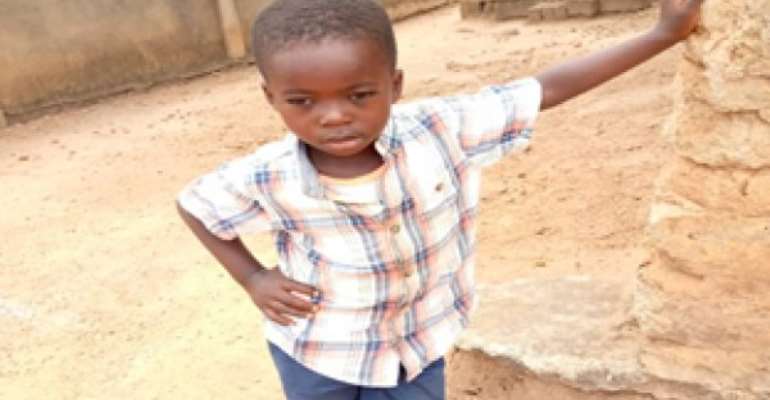 A four-year-old boy, was on Tuesday evening washed away by running water from a gutter at Ahwiaa, a community in the Kwabre East Municipality.

Brave Odoom, aka 'Bishop', was said to have fallen into the gutter, which was flooded after a downpour, when he and his siblings were returning from an errand by their mother.

His eight-year-old senior brother, who was close to him and tried to save him, was unsuccessful when he also fell on top of the gutter.

An eyewitness told the Ghana News Agency that, when he saw the senior brother on top of the gutter, he rushed to his rescue only to be told that the running water had already taken the younger brother away.

He said a research party was organized but could not trace the victim until Wednesday morning when his lifeless body was found in river Truba in the area.

Mr Anthony Senya, Kwabre East Municipal Director of NADMO, expressed regret about the incident and said it was unfortunate that such a thing had happened to the child.

He appealed to parents not to send young children outside during or after rains, since that could be dangerous.