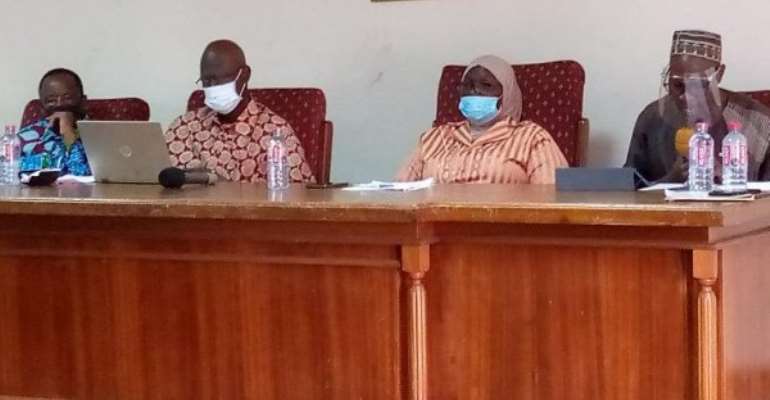 CARITAS Ghana, a charity organisation of the Ghana Catholic Bishops Conference, has called on government to hasten the signing of the United Nations (UN) Binding Treaty on Transnational Corporations (TNCs) and human rights.

The treaty adopted by the UN seeks to safeguard and protect the rights and dignity of persons against infringements and abuses from transnational corporations in communities.

CARITAS Ghana made the call at a press briefing on Securing Government of Ghana's Support to the ongoing process of negotiating a UN Binding Treaty on Transnational Corporations and Human Rights.

The event sought to strengthen collaboration and partnership among church and non-church actors to put social pressure on policymaking bodies to hold Transnational Corporations accountable for their investment policies and ensure access to justice and respect for human rights.

Mr Edward Alloysius Prah, President of International Council of Catholic Men, said it was important for government to sign the treaty, especially, with the establishment of the Africa Continental Free Trade Area (AfCFTA) in the country.

He said the establishment of the regional free trade area would attract many TNCs for which reason policy makers ought to provide a framework that would ensure rights of locals were protected.

Mr Prah said AfCFTA's policy frameworks must be in compliance with the Binding Treaty, saying, that would facilitate an enabling, mutual environment of peaceful coexistence between TNCs and locals.

”Ghana is behind other countries in the signing and implementation of the treaty, and this is very worrying looking at our status as beacon of democracy and rule of law in the sub region,” he stated, urging Government to speed up the processes.

Hajia Ayishetu Abdul-Kadiri, President of Faith In Ghana Alliance, said policymakers needed to ensure compliable regulations were in place to monitor the operations of TNCs in the country.

She said in making policy decisions in such areas of interest, it was important they invited landowners and local stakeholders to the table.