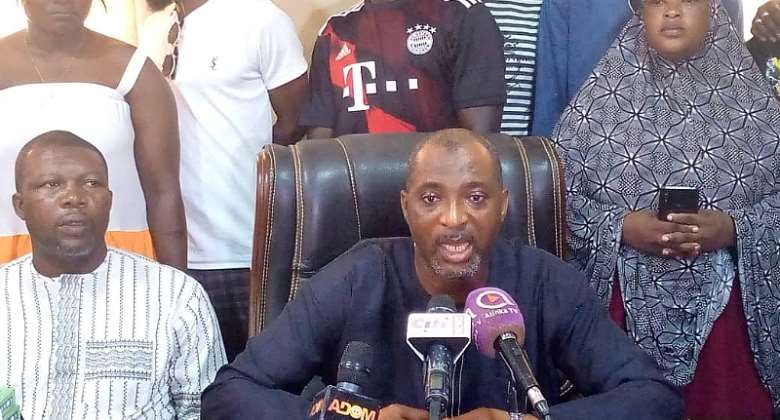 The Member of Parliament(MP) for Asawase in the Ashanti Region, Alhaji Muntaka Mubarak has alleged that the governing New Patriotic Party(NPP) is using personnel of the Anti-Robbery Unit of the Ghana Police Service to torment and intimidate members of the opposition National Democratic Congress(NDC) in his constituency.

His comments come after personnel of the Anti-Robbery Unit of the Ashanti Regional Police Command stormed his office to arrest ten NDC activists.

According to the Asawase MP, one of the arrested activists, Awudu Sule, also known as Scorpion, until he joined the NDC, was a member of the NPP in the constituency, and an informant to the Police in the Ashanti Region.

Awudu Sule was remanded by a Kumasi Circuit Court on robbery charges after he and nine others were arrested by personnel of the Anti-Robbery Unit of the Ashanti Regional Police Command.

The Asawase MP, Alhaji Muntaka Mubarak, who is unhappy with recent events, recounted instances where NDC members in his constituency have been intimidated by personnel of the Anti-Robbery Unit.

He alleged that the police administration in the Ashanti Region has allowed itself to be used by the NPP to foment trouble in the constituency.

“You are in power, you can choose to connive and work together with the police to think that you will humiliate people. We are assuring you, you can cower us, but we will work within the laws, we will operate within the laws, and make sure that we protect our constituency and do whatever it takes within the laws to ensure that victory is secured for Asawase, and for his excellency John Dramani Mahama. There is no doubt about that. We want to encourage the police to disassociate themselves from operatives within the NPP.”

“We have also forwarded a lot of complaints to the police, but they don’t act, but they’re quick to act on the complaint from NPP. I don’t think that is fair. They are supposed to be independent and neutral. What kind of laws do we want to have in our country? The law becomes applicable when you’re in opposition, but when you’re in government, the law doesn’t apply. We find this to be strange. So we hope the police will remain professional and draw the line on both sides. If we cross the line, please deal with us according to the law. If they do, deal with them according to the law. But don't allow yourselves to be used”, he said.

The Asawase MP thus called on members of the NDC in the constituency to remain calm and also comport themselves before, during, and after the December polls.