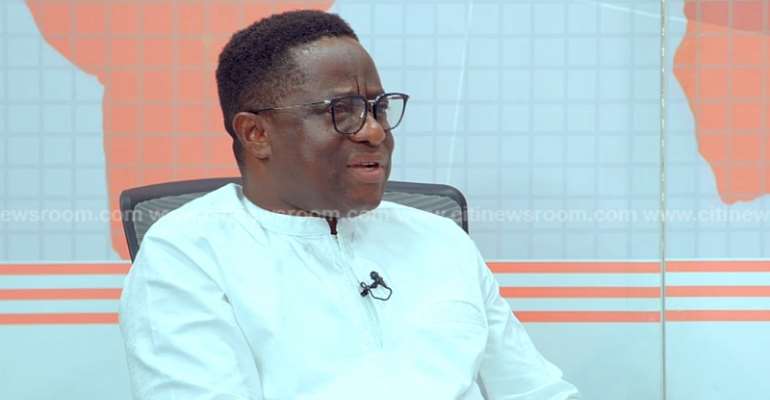 The Energy Minister and New Patriotic Party (NPP) parliamentary candidate for Hohoe, John Peter Amewu has denied claims of being a financier of the activities of secessionist groups in the Volta Region.

He said, “the people who are behind it [secessionist groups] know themselves.”

Speaking on Citi TV‘s Point of View on Wednesday, Mr. Amewu said it is curious that the activities of the group surface only when the NPP government is in power.

“It is false. These agitators, unfortunately, always surface anytime NPP is in government. We saw it under President Kufuor. Under John Mahama it vanished. So the people who are behind it know themselves,” he said.

Mr. Amewu said there are various attempts to draw him into the controversial issue, but he is in no way connected to them.

“When they were arrested, the NDC went to say I have caused the arrest of the people. Earlier they said I brought the people to be trained and I went to arrest them… These agitations have been there and it is something that started a long time ago,” he added.

Amidst the recent violent activities of such groups including the blocking of some highways linking the Greater Accra Region to the Volta Region, some supposed members of the secessionist group responsible for the incident said they feel betrayed by the recent conduct of Mr. Amewu and the Volta Regional Minister, Archibald Letsa whom they claimed to support their activities in the past.

But Mr Amewu says the claims are false.

He said he is confident in the government’s handling of the secession issues and no one can claim that the government is lenient in dealing with the persons involved to be able to execute a grand plan aimed at reducing the National Democratic Congress’ (NDC) election victory chances in the upcoming polls.

“[Disturbances are in nobody’s interest], if there is a disturbance in the Volta Region today, it will cut across every part of Ghana,” Mr. Amewu indicated.