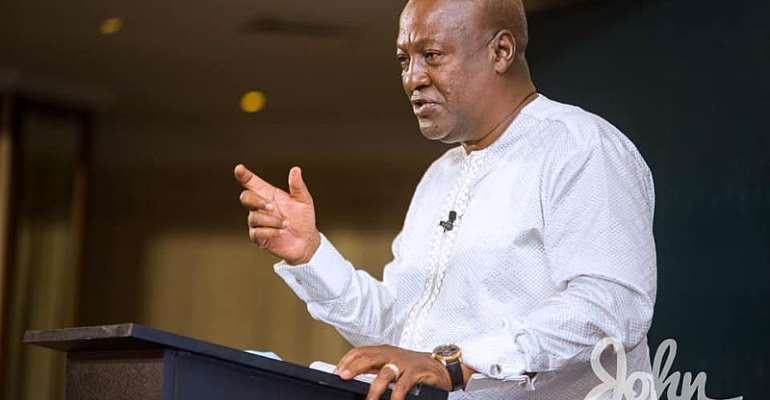 The presidential candidate of the National Democratic Congress (NDC), Mr John Dramani Mahama, has advised traders and beneficiaries of the state’s COVID-19 stimulus package to ignore false claims by pro-government propagandists that the next NDC government will require them to pay back.

Describing the claims as “lies” and “cheap politicking”, Mr Mahama said no trader will pay back the COVID-19 stimulus package under his next government.

Addressing the chiefs and people of Doryumu on Tuesday as part of his five-day campaign tour of the Greater Accra region, he said some elements within the ruling party were peddling faslehood against the NDC and threatening beneficiary traders with repayment of the package.

Mr Mahama said it is the NDC government that established the Stabilsation Fund to cater for emergencies such as COVID-19, adding the next government of the NDC will not chase any beneficiary trader for the money.

He said it is cheap and unfortunate that the government is trying to use the stimulus package to score partisan political points, especially as the said money was accumulated in the Stabilisation Fund by the then Mahama government.

Mr Mahama said the Akufo-Addo government cannot buy the vote of Ghanaians after failing to honour the promises it made to Ghanaians in 2016.

He concluded by urging electorates to vote out the NPP in the December 7, 2020 general elections and bring back the NDC to work hard to provide jobs, implement Free Primary Healthcare and create opportunity for all Ghanaians, not a privileged few.