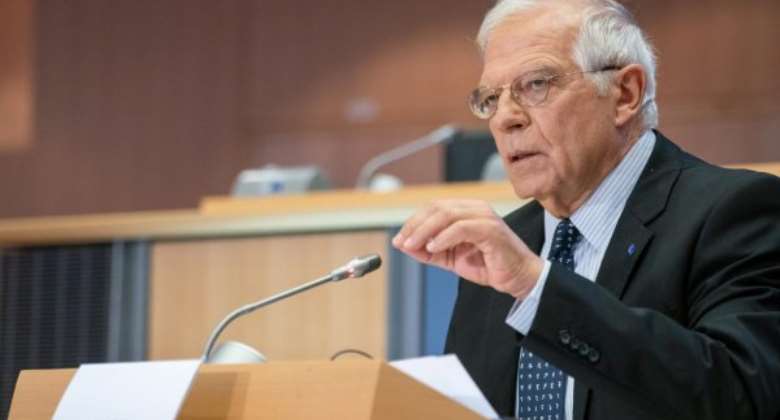 The European Union is to deploy Election Observation Mission (EOM) to Ghana for the December 7 polls, following an invitation by the Electoral Commission.

A press release issued by Mr Joseph Borrell, the High Representative of the European Union for Foreign Affairs and Security Policy, and Vice-President of the European Commission, said on Wednesday.

The EOM will have Mr Javier Nart, Member of the European Parliament, as the Chief Observer.

The release quoted Vice-President Borrell as saying: “The deployment of this Election Observation Mission confirms our long-term commitment to supporting peaceful, credible, and transparent elections in Africa and elsewhere around the world.”

It said under the leadership of Chief Observer Mr Nart, the EU EOM would provide an independent assessment of the electoral process and work together with Ghanaians to strengthen further the country's democratic institutions.

Mr Nart, the Chief Observer, said: “It is a great honour for me to lead this Election Observation Mission, which I assume with a great sense of responsibility.”

He expressed the hope that state authorities, political parties and all candidates would play their part in promoting a peaceful and credible process.

The release said a Core Team of the EU Election Observation Mission, consisting of nine election experts, would arrive in Accra on October 31, 2020 and stay until the completion of the electoral process.

It said on November 7, 40 Long-Term Observers would join the Mission and would be deployed across the 16 regions.

Up to 30 locally recruited Short-Term Observers would reinforce their capacity on Election Day.

The Mission, after the elections, would issue a preliminary statement and hold a press conference in Accra.

The final report, including recommendations for future electoral processes, would be presented and shared with stakeholders.

Budget approval: NDC and Adwoa Safo’s PA engage in ‘It’s her...
18 minutes ago