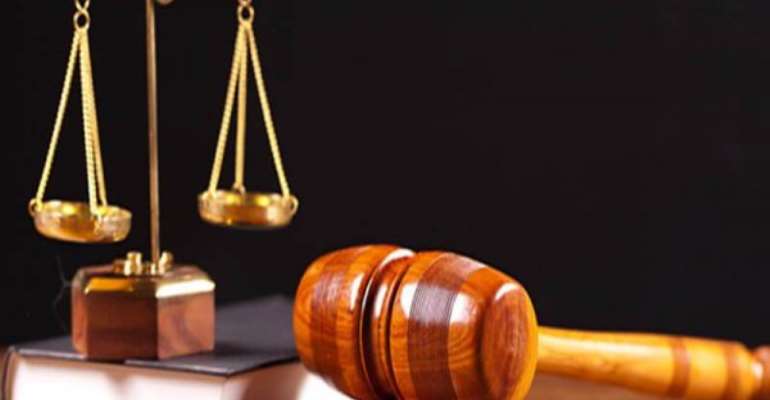 Gaglozu is said to have given the victim to Petsi to serve as herdsman.

The Court, presided over by Mrs. Christiana Cann, was told that the victim was also made to fetch firewood in the night.

The two have been granted bail in the sum of GH¢60,000 with three sureties, two of who are to be public servants. They are to reappear on November 10.

The prosecution, led by Mrs Stella Ohene Appiah, Principal State Attorney, said Petsi resided at Luta, near Ada in the Greater Accra Region whiles Gaglozu was father of the victim.

Prosecution said sometime in April 2017, the victim was released by Gaglozu amid protest from the victim to go and serve as a herdsman to graze the cattle of Petsi.

Petsi took the victim to his farmstead and was immediately put to work as herdsman.

Prosecution said the victim indicated that he was subjected to maltreatment at the least mistake while serving Petsi.

It said the victim was fed twice a day by Petsi - in the morning before he sets off at 0600 hours to graze the cattle and once in the evening when he returns at 1800 hours.

On some occasions victim, after returning from grazing the cattle, was asked by Petsi to fetch firewood in the bush very late in the night.

Prosecution said the victim was never paid any form of reward or remuneration and complained to Gaglozu, his father, about the maltreatment but Gaglozu did nothing about it.

Based on the information received from an informant, the Ghana Police Service Anti-human Trafficking Unit went on a rescue mission around Sege, Aveyime and its environs in July 2017.

On July 12, 2017, the Police rescued the victim and other children grazing cattle in the bush.