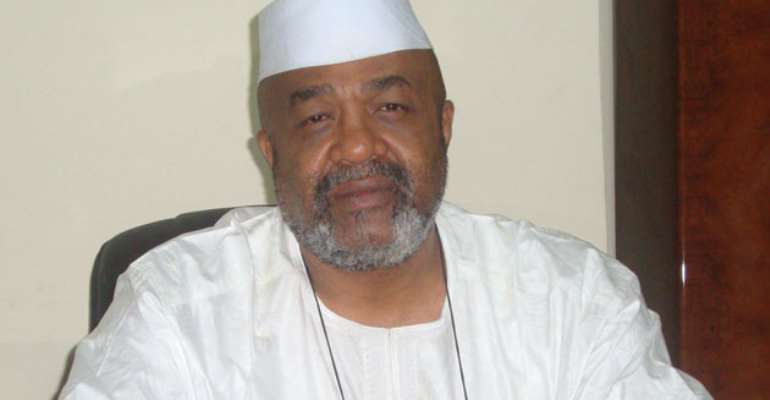 The National Vice-Chairman of the opposition National Democratic Congress, Alhaji Said Sinare has denied culpability in an alleged plot to arm people with weapons to cause chaos during the December 2016 polls.

The NDC stalwart is to report to the police on Thursday after the NDC constituency chairman of Ayawaso North reportedly confessed to police that Ahaji Sinare had supplied guns to some youth to cause chaos during the upcoming polls.

According to Mr. Sinare, the allegations against him are false, and he is certain that he will be exonerated.

In a Citi News interview, Alhaji Sinare said the action of the constituency chairman who has been his employee for eight years may be as a result of anger after he fired him about a month ago.

“He is the Ayawaso North constituency chairman. He is my boy and I groomed him. He is my employee, and he has been working for me for the past 8 years and I fired him exactly about five weeks ago because of so many reasons. That blackmail will never work because I am a very clean person with a good track record. I am not going to cause mayhem anywhere, I have been preaching peace everywhere I go,” he said.

The constituency chairman of the NDC reportedly presented an AK-47 and pump action gun to the police as evidence of the arms being given by the NDC Vice-Chairman to foment trouble.

But according to Alhaji Sinare, he has no idea about the source of the AK-47, but he owns a pump-action gun which got missing months ago.

“They’ve asked me to report tomorrow at 9am, so I am yet to go there and know exactly what the whole issue is all about but I have got a hint that someone went to present to the police an AK-47 and a pump-action gun that I was going to arm him to get rid of a few people within the system, which is not true. I don’t own an AK-47. I don’t even know where this guy got the AK-47 but the pump-action gun is my pump-action gun that has been registered. I reported to the police that my pump-action gun has been missing some few months back. I have got an extract of that report so at the end of the day I will be cleared because that guy, that constituency chairman must be caught, and they must put him behind bars, and they must find out from him how he got the AK-47,” he said.

Meanwhile, Alhaji Sinare has written to the national leadership of the NDC asking the party to immediately institute disciplinary measures against the Ayawaso North constituency chairman.