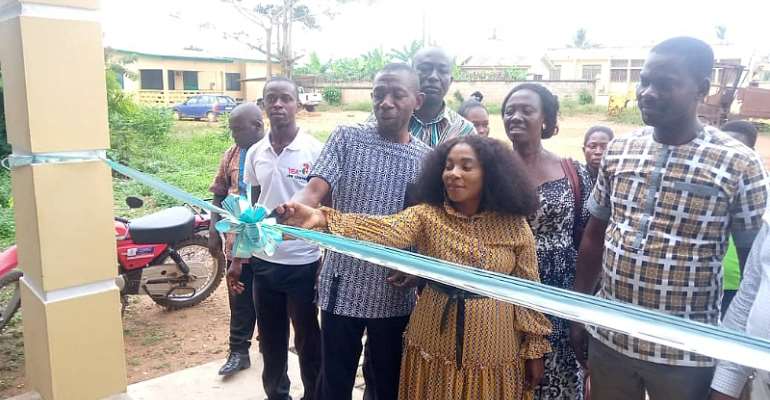 District Chief Executive (DCE) for Asikuma-Odoben-Brakwa in the Central Region, Hon. Isaac Odoom has handed over a renovated office Complex to the Youth Employment Agency (YEA)

The Central Regional Director of the Youth Employment Agency (YEA), Madam Sarah Afful who received the keys on behalf of the Agency thanked the DCE for giving them permanent accomodation to operate in the District.

I want to plead with Metropolitan, Municipal and District Assemblies (MMDAs) in the Central Region to emulate what Hon. Isaac Odoom led Asikuma - Odoben-Brakwa District Assembly has been doing for YEA in the District. It is worth emulating

Present were the Asikuma-Odoben-Brakwa District Director of YEA, Mr. Elijah Arthur and Staff of the Agency