The Institutional Effects Of The Trump Presidency 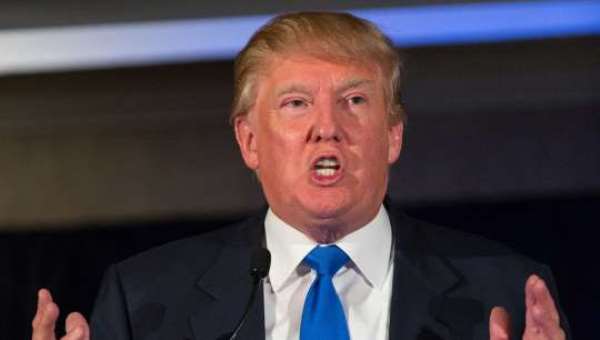 The world has changed a lot since President Trump came down the escalator in 2015.

The conventional wisdom is that he has weakened institutions in the US and across the globe. He is accused of weakening or even destroying the FBI, the Justice Department, the Republican party and Congress in the US. Across the globe, his alleged victims include the NATO Alliance, the WHO, the Paris Accords and the media industry.

While some of these charges are valid, others are debatable.

Is calling out the FBI for spying on a campaign and attempting to take out a duly elected president weakening or strengthening the FBI?

Is forcing NATO allies to live up to their financial obligations to NATO weakening or strengthening NATO?

Is taking out a terrorist who has been on America's most wanted list for decades conducive to peace or not?

Is calling out social media outlets for their biases good or bad for our right to free expression?

No area exemplifies this phenomenon of self-destruction more than the Healthcare field in the wake of the Covid 19 pandemic.

In reaction to the pandemic and often provoked by the actions or words of the President, doctors and other experts have disagreed rancourously and called one another names. Doctors and scientists rarely call one another, "unprincipled", "uninformed " , "partisans" or "charlatans" but they have done so frequently in the course of this pandemic.

Experts have disagreed on models for the disease, masks, social distancing, lockdowns, treatments and even the availability and safety of vaccines. While such disagreements are normal to science, these disagreements have become overtly politicized to the extent of which public gatherings are safe or unsafe.

Perhaps, no organization demonstrates how science has become politicized more than the venerated New England Journal of Medicine. Over its 208 year history, it has become, to many in the medical fraternity, the final arbiter of medical disputes. During my training, it used to be said that producing a NEJM article that supports your point of view settled an argument in your favour. It was the Catholic equivalent of citing a papal bull in an argument over Catholic doctrine. Earlier this month, for the first time in its history, the NEJM called for Mr. Trump's defeat at the polls, joining the Lancet and Scientific American, for his handling of the Covid 19 epidemic. In an editorial signed by 34 editors, the journal wrote that the Trump administration " have taken a crisis and turned it into a tragedy". It asserted that there were not enough testing, not enough protective equipment, a lack of national leadership and attempts to politicize and undermine the FDA, NIH, and CDC.

The editorial charged that "Instead of relying on expertise, the administration has turned to uninformed opinion leaders and charlatans who obscure the truth and facilitate the promotion of outright lies".

Elsewhere, the editorial states " when it comes to the largest public health crisis of our time, our current political leaders have demonstrated that they are dangerously incompetent. We should not abide them and enable the deaths of thousands more Americans by allowing them to keep their jobs."

Let me acknowledge that the NEJM editorial made some valid points. First, Mr. Trump's equivocations on the wearing of masks in public has been outrageous.

Second, his public fueding with governors and even with members of his own taskforce have been unhelpful.

And there were stumbles in the early days of the pandemic.

The 1918 Spanish Flu killed 675,000 Americans-- the equivalent 2.15 million Americans today-- and the H1N1 pandemic affected 60.8 million Americans. And yet the NEJM did NOT call for any leaders to be turned out of office!

And even its current list of incompetent leaders excludes Speaker Pelosi, Governor Cuomo and others who have also been leaders during this pandemic.

Were the then editors derelict in their duties?

Are the current editors more responsible or patroitic-- or are they more partisan than their predecessors?

It would appear that if the NEJM were inclined to call out mistakes of the Covid 19 era, there is a long list of "experts ", "charlatans ", and "polical leaders" they should call out in addition to President Trump, beginning with itself for the publication of the discredited global studies on Hydroxychloroquine. Amongst these should be the Chinese leadership for their obfuscation on the origins of the pandemic, the WHO for their collusion with China to mislead the World, the Imperial College and others for their inaccurate models of the pandemic, the CDC for botching the early testing and even the venerable Dr. Fauci for his flip-flops on masks.

Indeed, in addition to the HCQ missteps, the NEJM itself stated on April 30th that "Some experts warn that half the world's population will be infected by year's end, an incidence that could result in more than 100 million deaths"

A dispassionate, nonpartisan, scientific review of this pandemic would lead to the conclusion that all of us-- leaders, governments, experts, scientists, journals and the public have been tested and found wanting. This conclusion has been underlined by the resurgence of the virus regardless of lockdowns or the type of leadership.

Ultimately, when this pandemic and the Trump presidency are over, we may discover that the most significant harms to our institutions and our world, were not by Trump or Covid 19, but by those who were trying to rid the world of him.

We should live by the admonition to "do no harm".