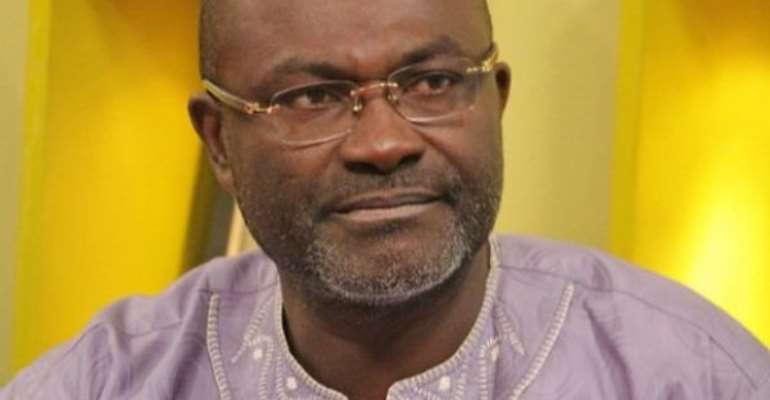 The Supreme Court says the Accra High Court presided over by Justice Amos Wuntah-Wuni, has jurisdiction to summon Mr Kennedy Ohene Agyapong to appear before it to answer allegations of contempt against him.

This was contained in a 31-page judgement detailing the reasons why a five-member panel of the Supreme Court refused an application of the Assin Central Member of Parliament praying the Court to terminate the contempt proceedings against him by the Accra High Court.

On October 14 after carefully reviewing the processes filed together with the oral submissions by Counsel for the Applicant and Respondent, the Supreme Court by a unanimous decision, refused and dismissed the application by Mr Agyapong for certiorari to quash the order of Justice Wuntah Wuni directing him to appear before it to answer contempt charges.

The Court said it was unable to grant the Applicant's application, saying that his alleged conduct if proven against him scandalized the Court and brought the administration of Justice into disrepute and would therefore ground the charge of contempt.

The Supreme Court stated that from the processes filed in the application, Applicant alleged that his alleged scandalous comments were in respect of the case of Emmanuel Mompi and two others vrs. Mr Kennedy Ohene Agyapong, before the Labour Court Two however, a look at all the filed processes of the case, showed that the processes were filed in the land division of the High Court.

“In fact, the Suit Number is one which is given to cases in the Land Division of the High Court. This clearly demonstrates that the divisions of the High Court are for administrative purposes only but not jurisdictional segregation.”

“In our opinion, it does not. An attack on any one judge and, or division of the High Court in ways that, when proven, will amount to contempt of court, is an attack on the administration of Justice in general. It is an attack on the Judiciary, which is tasked with the constitutional duty to administer justice.”

The Court said Justice Wunta Wuni was not precluded from issuing contempt summons to Mr Agyapong to appear before him in the manner that he did. “More so when the Judge was of the opinion that the alleged scandalous and/or threatening words of Mr Agyapong were in respect of the case pending before him.”

“This is because the primary purpose of contempt proceedings is not to vindicate any particular judge but rather to ensure that the administration of justice, the primary duty of the court is not put to disrepute and public confidence in the Court, its officers and processes eroded. Therefore, where the conduct of an individual has the potency of defying, scandalizing or lowering the authority of the court or bringing the administration of justice into disrepute, a court differently constituted may hear the matter.”

Some Ghanaians now changing their names to Kyebi names just ...
45 minutes ago

You’ll have ‘unpleasant duty’ of declaring Mahama president ...
50 minutes ago