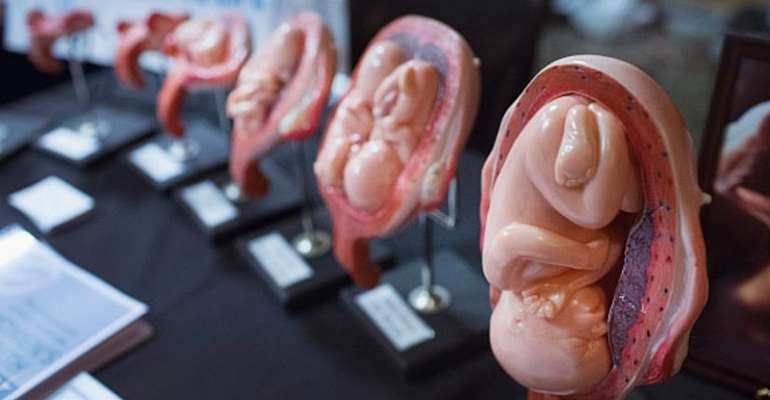 This was made known in Accra at the presentation of the findings of a research conducted in 2017 to ascertain the incidence of abortions in Ghana.

The research was conducted at the national and zonal estimates, using the 'Abortion Incidence Complications Methodology” (AICM).

The research was conducted by the Guttmacher Institute, a research and policy organization committed to advancing sexual and reproductive health and rights in the United States), John Hopkins Bloomberg School of Public Health, the United States, and the Kwame Nkrumah University of Science and Technology (KNUST).

They were supported by the Marie Stopes International, and Planned Parenthood Association of Ghana.

A Professor at the School of Public Health, KNUST, Dr Easmon Otupiri said many women in Ghana sought illegal abortions, which varied widely in terms of safety, adding that, unsafe abortions contributed substantially to Ghana's high maternal mortality, which was estimated at 310 maternal deaths per 100,000 live births in 2017.

Nationally, he said 767,200 of all pregnancies, thus 53 percent, were unintended each year.

Dr. Otupiri said, however, the unintended pregnancy rate varied widely across the country's three ecological zones from 50 in the Northern zone to 94 in the Coastal zone and 131 in the middle zone, a situation that made abortion rates also vary in the respective zones.

A Senior Research Scientist, Guttmacher Institute, Dr Sarah Keogh, said nationally, 70.8 percent of all abortions done in Ghana were illegal and the stakeholders after the research, estimated that 25.5 percent of women who had an illegally induced abortion in Ghana in 2017 received treatment for complications in a health facility.

The AICM also estimated that 5.7 per 1000 Ghanaian women aged 15 to 49 obtained treatments at a facility for complications resulting from illegal or legal abortions.

Despite Ghana's relatively liberal abortion law, and efforts to expand access to safe abortion services, Dr Keogh said, it was unfortunate that 71 percent of the nearly 200,000 abortions in Ghana recorded in 2017 were illegal.

They are therefore calling on government and non-governmental partners to reduce the burden of unsafe abortion by educating the public on the country's abortion laws.

Abortion is permissible in cases of rape, incest, foetal abnormality or disease, or defilement of a child, or if they are performed to protect physical or mental health.

However, such persons are to receive medical attention from registered and trained personnel in an approved health facility.