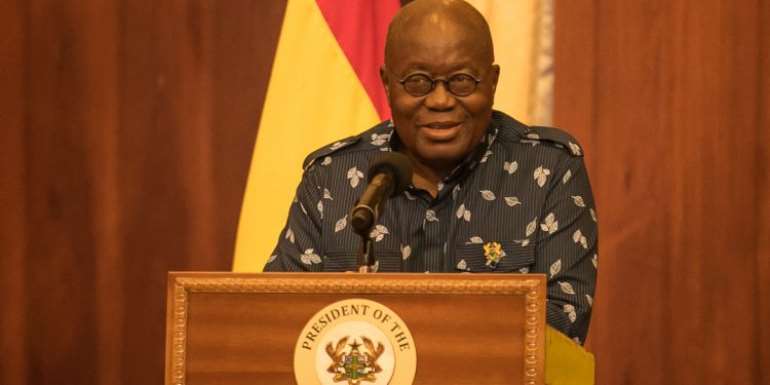 I neither read nor heard the precise message that the newly elected Chairman of the Economic Community of West African States (ECOWAS) and Ghana’s President Addo Dankwa Akufo-Addo dispatched to Nigeria’s President Muhammadu Buhari, but I read a brief report of the same in which the globally renowned and respected Ghanaian leader urged the Nigerian government to find a peaceful channel for using the avenue of constructive dialogue to resolving the raging violent clashes between the Nigerian police and that country’s general public. Nana Akufo-Addo’s message was absolutely in order and absolutely in no way tantamount to undue interference in the internal affairs of Ghana’s most populous West African neighbor to the east (See “Ghanaians Hit Back at Nigerians for Disrespecting President Akufo-Addo” Kuulpeeps.com / Ghanaweb.com 10/23/20).

The Ghanaian leader must know what he is talking about because in the not-too-distant past, Nana Akufo-Addo led organized demonstrators to vehemently protest the veritable police state that was the Chairman Jerry John Rawlings-led junta of the Provisional National Defense Council (PNDC) and the Rawlings-led faux-elected National Democratic Congress (NDC). Under his watch, as well, there have been a remarkable number of incidents of deadly criminality, including kidnappings, rapes and murders in which Nigerian nationals have been arrested by personnel of the Ghana Police Service (GPS) in conjunction or collusive collaboration with some criminal elements of Ghanaian society. So, really, what is happening in Nigeria presently is absolutely nothing new to both President Akufo-Addo and the general Ghanaian public at large. And, oh, I was also going to add that I also read the fine piece on this very subject authored by the distinguished young Nigerian-American novelist, essayist, thinker and activist Ms. Chimamanda Ngozie Adichie that was published as an opinion column on the front page of the New York Times, the globally renowned newspaper of record.

Truth be told, the civic flareup or disturbances that the Buhari government is presently dealing with is far more complicated than a simple case of police brutality or a flagrant matter of the state sicking/siccing operatives of its coercive apparatus on completely innocent civilians. The problem of Nigeria is a toxic combination of abjectly poor leadership which spans from the very beginnings and foundations of that country’s postcolonial era. You see, I am a student of the immortalized foremost Nigerian novelist, essayist, educator, scholar and social critic Mr. Chinua Achebe, so I pretty much have a front-row observer’s understanding of the violent activities presently taking place in West Africa’s most populous nation and one of Africa’s most oil-rich and largest economy. In essence, what the global community is presently witnessing is a striking reflection of precisely what happens when the leaders of any Third-World country the considerable size of Nigeria – of approximately 200 million people – with the humongous resources of Nigeria’s criminally and recklessly abdicate their socioeconomic, political and cultural responsibilities and decide to envisage the collective wealth of their country as a fresh-kill elephant that must be divvied up by the crass Social Darwinian rule of the survival-of-the-fittest.

It has strictly been under this panoramic vista of leadership vacuum and kleptocratic political depravity that the postcolonial State of Nigeria has been wallowing for some 60 years now. One would hope that there was a new generation of selfless and altruistic Nigerians who had been specially trained or prepared themselves for the thankless job of radically transforming the fast degenerating and collapsing institutional apparatus of the behemoth geographical and geopolitical entity called Postcolonial Nigeria. Alas, such fanciful fantasy may just be exactly what it is. Sheer phantasmagoria. Still, even as Prof. Achebe once had occasion to prophetically and poignantly observe in one of his most memorable anthologies of essays, it may still be Morning on Creation Day.