By Matthew Kofi Ocran - The Conversation 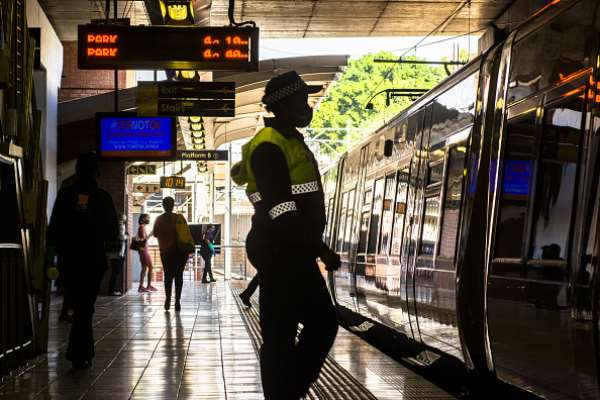 Over the past two decades various African National Congress (ANC) administrations in South Africa have sought to redistribute income to the poor and the vulnerable. They have also sought to stimulate rapid economic growth.

The administrations have made progress in the redistribution effort, but on economic growth the performance has been dismal . For example, the National Development Plan , the first draft of which was released in August 2012, was intended to move the country to a higher annual growth trajectory of 5%. This hasn't happened. Over the past decade, growth has averaged less than 2% annually .

Even before the onset of the COVID-19 pandemic in the first quarter of the year the economy was in a technical recession – defined as two consecutive quarters of negative growth. Since then the situation has deteriorated. GDP for the second quarter of 2020 shrank by 16.4% year-on-year, and by 51% on an annualised basis . The annualised rate assumes that the second quarter growth rate will be repeated for the remaining two quarters of the year.

An economy that is not growing rapidly can't create enough jobs to absorb greater numbers of young people entering the labour market every year. Unemployment has worsened as the economy has steadily deteriorated. One out of three people who are willing and able to work are without jobs .

The bad economic situation has been compounded by the health and economic shocks caused by the pandemic. In the light of the economic challenges, the economy must be revived in a way that benefits all South Africans. That can only be achieved through a shared-growth strategy, one that seeks to address the many economic challenges the country faces.

Most economists, policymakers and international financial institutions agree that monetary policies – as directed by the central bank – and fiscal policies – as co-ordinated by the national treasury – are necessary but insufficient to raise the economy's rate of growth. To raise the level of economic growth requires changes to the economy's structure.

This is because the South African economy has deep structural challenges. These are partly historical, arising from the years of alienation and exploitation of the majority. Unfortunately, they have not been reformed.

A number of legacies from bygone years continue to stymie the economy.

One is the continued dominance of a few companies in various sectors, including banking, finance, retail, telecommunications and transportation. Even an industry as mundane as bread production is characterised by a few dominant firms .

Another inherited problem is the role of state-owned enterprises. Enormous resources have been spent on them. Yet most can barely survive without continued financial support from the state . The liabilities of state-owned enterprises have grown faster than assets . And over the past five years, the return on equity of these companies has averaged -2% a year . This means that investment in enterprises has been unprofitable.

The challenges facing these institutions have historical antecedents. But their plight has worsened in recent years.

Labour market regulations have not been supportive of robust growth . There is an urgent need for reforms that make it possible for firms to set wages that are appropriate for labour-intensive activities.

Addressing these problems requires changes to the fabric of the economy. But structural reforms are painful because they create losers and winners, and take time to bear fruit. And they can't be addressed with monetary and fiscal policies.

The motivation for reforms is often highly contested. For instance, how does an economy that has a considerable proportion of low-skilled people provide adequate incentives for labour-intensive industries to thrive? The divergence between the real minimum wage and employment in the clothing industry in South Africa between 2000 and 2018 is instructive . While minimum wage legislation is important to safeguard the interests of workers, it needs to be crafted in a way that provides exemptions for labour-intensive industries.

The fierce opposition from labour partly explains why labour market reforms have stalled for years.

Reforms have already been proposed by the national treasury , the ANC's Economic Transformation Committee and Business Unity South Africa .

All have similarities. But the issues of labour market reforms, industry concentration, weak state capacity and the management of state-owned enterprises have to be elevated and addressed adequately.

In addition, all three fail to identify a number of structural constraints that need addressing.

The first is the role played by professional accreditation bodies, such as those in health care. Most are not designed to assist new graduates to participate in the economy as independent service providers.

Some of these institutions have operated like medieval guilds because they have onerous certification and accreditation processes that make it near impossible for newly graduated professionals to set up shop. These processes need to be streamlined to be more inclusive without compromising professional standards.

Another area in which there is scope for structural reform is in the financial sector. For example, the Reserve Bank has to reform its regulations to facilitate the expansion of the mobile money economy to foster financial inclusivity. An improved legislative environment would make it possible for an agent-based mobile money transfer industry to thrive. And financial reforms would assist in lowering barriers to entry into the financial market.

Finally, the country's procurement policy needs an overhaul. The current system encourages rent-seeking. Recent abuses associated with the COVID-19 procurement are proof of this.

The policy has to be modified to encourage local production. For instance, state and parastatal institutions must procure goods and services directly from previously disadvantaged producers and not through middlemen. And public institutions must learn from successful retailers who have built expertise in sourcing goods and services directly from many producers.

In addition, government institutions should be prepared to provide their suppliers with resources and training to increase their productivity and incomes. A good example can be found in the agri-business industry , where outgrowers provide raw materials to agro companies that lack adequate production capacity for their raw materials.

The government has its work cut out for it as far as structural reforms are concerned. But other stakeholders, such as professional bodies and the Reserve Bank, also have a role to play. Together, they can unlock sustained economic growth for job creation, poverty alleviation and a reduction in inequality.

Matthew Kofi Ocran has in the past received funding from the African Economic Research Consortium, Kenya and the National Research Foundation, South Africa.

By Matthew Kofi Ocran, Professor of Economics, University of the Western Cape