Why has protest music dried up in Nigeria?

By Florence Nweke - The Conversation 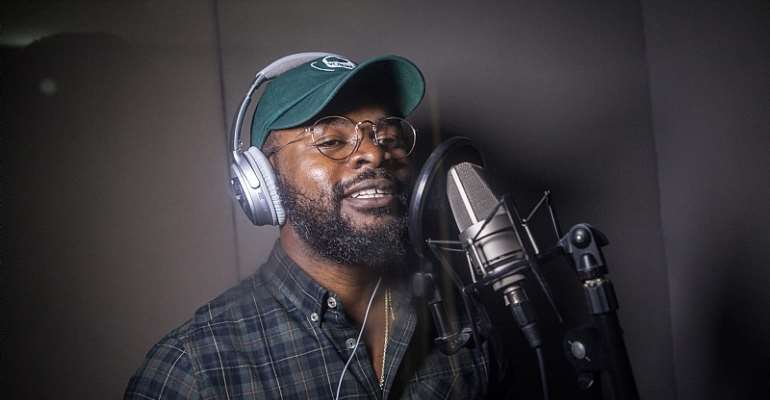 The failure of Nigeria's current pop stars to identify with the country's oppressed has inspired feelings of nostalgia about the late Afrobeat pioneer, Fela Kuti. For much of his life, Kuti's activism was the nemesis of the country's military dictatorship and corrupt politicians.

Famous for pairing his music with human rights activism Fela, who passed in 1997, stood against Nigeria's military dictators, often at great personal cost to his family and band members.

The apathy of Nigeria's current crop of pop stars can be seen in the recent #EndSARS protests against police brutality led by young people. A vocal protagonist at the start of the agitations, rapper Naira Marley backed out from leading a scheduled #EndSARS protest. He tweeted he had received no security guarantees about the safety of would-be protesters.

Marley would later say in a now-deleted tweet, “You don't need a celebrity to lead a protest before you protest. You have the same rights as them.” He isn't alone. In 2019, veteran pop musician, 2baba pulled out of a protest, citing safety concerns. Although there are still pockets of protest music today from bands such as Adebantu and Fela's sons Femi and Seun, they lack mainstream support.

Since Fela's death there has been a vacuum in the Nigerian protest music scene. Many years after his death, his music is still deployed as a de facto soundtrack of the #EndSARS protests.

In his days, Fela was one of several music activists. Ras Kimono, Peter-side Ottong, Mandators, Isaac Black and many others inspired resistance to military rule.

Nigeria is currently under democratic rule, but the country still faces challenges whose roots can be traced to the military era. Oppression is gradually creeping back into polity.

Read more: The daughters and sons of Fela in African Pop

In my years as a lecturer in music, here in Nigeria, I've formulated a few answers to the question of why protest music has dried up in Nigeria. I believe it's an indirect result of increased cash in the industry. That and the fact that young Nigerians are hesitant to voice their grievances when there's the possibility of political infiltration by musicians who receive the state's patronage.

What is protest music?

Music is a viable tool for all expression. That's why it's popular among protesters looking to amplify their grievances. Protest music typically addresses topical issues in society. It is intended to inspire and initiate reforms or to sensitise listeners. It appears in every genre, from folk to Afrobeat, gospel to reggae, and has done so since the 1950s all around the world. The Nigerian community in Cologne, Germany, protesting police brutality back home. Ying Tang/NurPhoto/Getty Images

According to academic thought, protest songs can express the perceived imperfections in the status quo. It can also provide other narratives and possibilities for contemporary culture and give voice to the voiceless masses. It can also be seen as a propaganda device for political persuasion.

In the Nigerian military era of protest music, the government hit back to limit it. Most of Fela's songs didn't receive mass media rotation. Peter-side Ottong's music was banned. Ras Kimono's songs were blacklisted or 'not to be played on air' by state-owned radio stations.

The restoration of democracy in 1999 quenched the fire of protest music in Nigeria. The restoration of civil liberties destroyed the catalysts propelling the music and the activists. Earlier, illegal detentions without trial, closure of media houses and the hounding of journalists had inspired the music.

But under the present regime, those evils have returned. There are many examples: the recent attempted siege of parliament by crime intelligence forces, the arrest of anti-government activist Yele Sowore , the killing of unarmed and peaceful protesters from the Indigenous People of Biafra movement, and the unlawful detention of Islamic leader Ibrahim Yaqoub El Zakzaky .

In my view, the restoration of democracy led to the near-extinction of Nigerian reggae music . Reggae and Afrobeat were the chief protest genres against the military dictatorship in the 1980s and 1990s. The two leading reggae performers, Ras Kimono and Majek Fashek, went on self-imposed exile to the US. Another notable vocalist, Victor Essiet of the Mandators, relocated to Cameroon.

Nigeria's return to democracy in 1999 brought about major socioeconomic changes which led it to become one of the largest economies in Africa. Foreign debts were settled, foreign direct investment flowed in. Revenue from the nation's oil industry increased and the telecommunication industry grew. Nigerian musician Femi Kuti, son of Fela Kuti, the creator of Afrobeat performs in Abidjan. Sia Kambou/AFP/Getty Images

The local music industry wasn't left out. Economic prosperity in Nigeria opened up new channels of revenue, and produced mega-rich pop stars. From massive endorsement deals from blue-chip companies, to sponsorship of music events, cash flowed in. Around this time, pop music emerged as the dominant genre of music in Nigeria.

But the new money came with a price: Nigeria's leading artists now appear mostly detached from the realities facing ordinary Nigerians. It seems they would rather engage with lucrative political patrons than stand with the people against bad governance and corruption. A pop star who attends exclusive political yacht parties in Dubai is unlikely to find a voice to condemn politicians.

Billionaires do not lead revolutions.

Bad governance, dictatorship and police brutality are gradually and silently enveloping the Nigerian polity. But the musicians who once championed the cause of the masses have sold out. In their place, we have pretenders and token activists.

The recent emergence of local rapper Falz as a voice of the youth is welcome. Inspired in part by Fela, his latest album Moral Instruction is rich in anti-corruption messaging. Is he the messiah? Or are we to look out for another? Is his involvement in the #EndSARS protests the beginning of a new dawn in protest music in Nigeria?

Nigerian sociology professor Michael Kunnuji provides further insight on why most famous musicians won't join the #EndSARS protests. Kunnuji tells me that some have offered to join, but have been rejected by protesters who fear they are compromised and will infiltrate the movement. It's also true that some musicians are supporting the protests from behind the scenes.

But Fela would have raised his voice against the injustices all around him and damn the consequences.

By Florence Nweke, University of Lagos

Hottest Photo Reports
Catch up with all the political quotes from our politicians.
Advertise here
More Article
ModernGhana Links
NiSA Claims the Missing Female Agent Was Decapitated by Alshabab
Why has Algeria severed diplomatic relations with Morocco and what are the consequences for the future?
We wanted to know where these mysterious "forest" cats from Madagascar came from. Here is what we discovered
How big is the Islamic threat in Mozambique? And why are Rwandan troops there?
What Nigerians told us about their mental health under COVID-19 lockdown
Jubilee Field Oil Production In Perspective a Decade After: How Much has Ghana truly Earned?
Fani-Kayode: Footsteps of the forerunner
Guinea coup has left west Africa's regional body with limited options. But there are some
Unpacking South Africa's excess deaths. What is known and where the gaps are
TOP STORIES