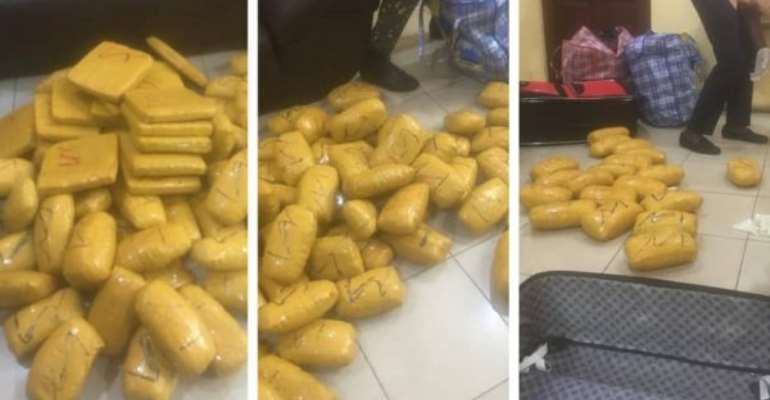 3 grams at an unproved route to Togo.

Two persons, who were carrying the substances contained in four bags, into the neighbouring country, escaped arrest.

The substances were later examined and validated with the street value running into hundreds of cedis.

He said: “On Monday at about 1157 hours, our patrol team led by ASI Celestine Manu intercepted 116 compressed parcels suspected to be cannabis in two 'Ghana must go' bags and other two bags around beat 7.

The two suspects who attempted exiting through the unapproved route with the substances into Togo left the bags behind and fled when they saw the patrol team.

The Border Patrol Officer, Supt Johnson Appiah Benefo, the Border Patrol Commander together with sister security agencies including the Narcotic Control Commission and Bureau of National Investigations conducted a joint examination the same day to confirm the substances to be cannabis.”

Chief Supt Duodu said the substances were handed over to the Narcotic Control Commission for further investigations.