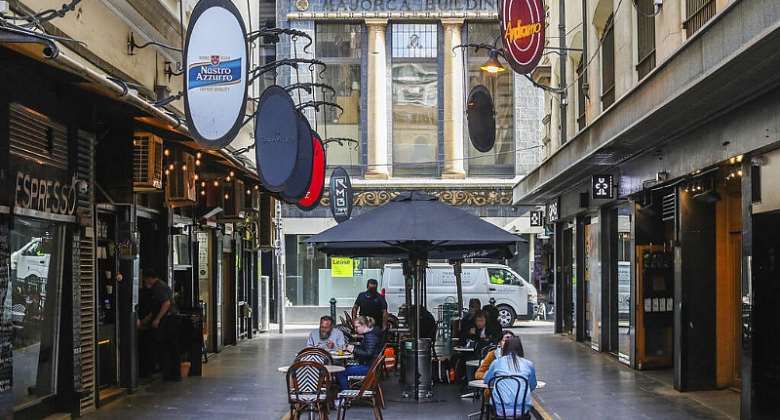 Residents of Australia's second-largest city Melbourne have emerged from a lengthy lockdown after successfully crushing a second wave of Covid-19.

In a city famous for its cafe culture, many Melburnians were up early on Wednesday morning to savour their flat whites and avocado on toast as thousands of dining and drinking venues across the city roared back to life.

Retail and other non-essential businesses like hairdressers, beauty salons and tattoo parlours also threw open their doors after being shuttered for more than three months, while the city's 5 million residents were free to leave their homes.

Following a gruelling 112 days, the locals spoke of their exhaustion, relief, and also excitement as the lockdown shackles came off.

Retail manager Emily Gilbert said she's got a long list of plans for the next few weeks. "My diary is already booked," she tells RFI. "I've got drinks with girlfriends, I've got family coming over, I'm going to have a manicure-pedicure, I'm going to go shopping with my daughters. I can't wait."

Thomas Mercier, a Frenchman from Marseille who moved his young family to Melbourne two years ago, said he's looking forward to soaking up the post-lockdown atmosphere. "I'm going into the centre of town, just to watch the city come back to life," he says.

While it was a challenge to keep morale up over the past 15 weeks, Thomas believes authorities made the right move. "It was difficult, but it was a sacrifice that was necessary in order to get on top of this disease and get back to a normal life," he tells RFI.

Melbourne imposed some of the world's longest and strictest stay-at-home orders (which at one point included a nighttime curfew) after the onset of a second wave, when daily cases soared past 700.

Victoria became the country's Covid-19 epicentre, the southern state accounting for more than 90 percent of the country's 907 deaths.

Premier Daniel Andrews came under fire for the controversial lockdown, with critics blasting him for what they say was an excessive response that will have devastating, long term impacts on the economy.

Others however say the caution has paid off – pointing to other countries that are now grappling with a second wave and record-breaking case numbers after resisting a second lockdown, while Victoria has recorded only two new cases in the past three days.

Wednesday's easing of restrictions is part of the state's roadmap to a so-called "Covid normal".

Under the new rules, exercise and socialising must be done within 25km of the home (previously 5km). Groups of 10 people can gather outside and visiting people in their homes is now allowed –but limited to 2 adults and their dependents per day.

Pubs, bars and restaurants can seat patrons for the first time in months, but numbers are capped at 20 customers indoors, seated, with at least 4 square metres per person.

Melbourne's new-found freedom, albeit with conditions, is the light at the end of the tunnel, as the city eyes the final stage of restrictions easing. If case numbers are successfully managed, authorities are set to take the next step on 8 November.