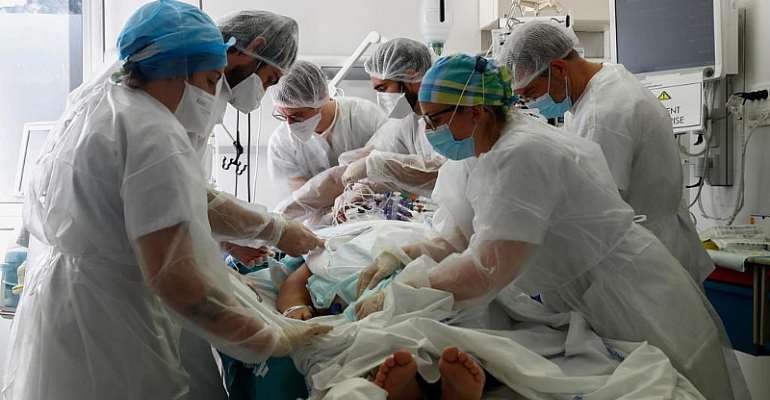 France's coronavirus tally was heavily in the red on the eve of a nationwide lockdown expected to be announced by President Emmanuel Macron Wednesday, with 534 deaths in the previous 24 hours – the worst toll since the height of the virus in April.

France now has the highest number of infections in Europe, a figure that climbed past the 1 million mark last week despite measures targeting virus hotspots. The worsening epidemic has also brought the health system under renewed stress.

The final details of a second, “softer” lockdown were being hammered out early Wednesday during an emergency Defence Council meeting hosted by Emmanuel Macron at the Elysée Palace. The president will then address the nation at 8pm local time.

Some 46 million French – two-thirds of the population – have already spent the past two weeks under a 9pm-6am curfew.

Despite the impending new measures, which are expected to take effect as soon as Thursday, the Journal du Dimanche quoted an epidemiologist who said it was still too early to say if the curfew had achieved its goal of stemming the epidemic.

Pascal Crépey, who works on modelling the spread of infectious diseases at the Ecole des Hautes Etudes en Santé Publique, told the Sunday paper: “We're still within the dynamics predicted by the models since the first curfew measures were taken in mid-October.”

While some media reports warn of the catastrophic economic damage a second strict lockdown would bring, others say the situation has escalated out of control and that heavy measures are urgently needed.

It's expected the new lockdown – a measure the government has long sought to avoid – will be far more flexible than the first in the spring, when the French were confined to their homes for eight weeks under strict conditions.

This time round, it's understood that kindergartens and primary schools are to remain open, while universities will close. The fate of high schools is unclear.

While public services would likely continue, and construction workers kept on the job, all non-essential businesses including bars and restaurants will reportedly be closed.

The intention behind the new measures appears to be restricting social life – and unregulated situations in which the virus can easily spread – while allowing working life to continue.